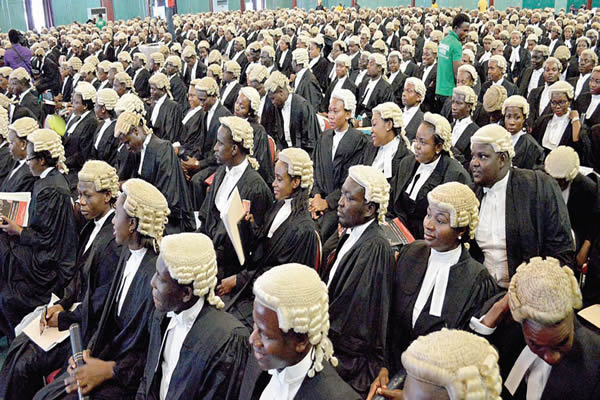 Mr Adewusi Isaac, a human rights activist, has advised legal practitioners to help re-invent the country by desisting from corrupt attitudes towards their clients.

He said the ways these corrupt attitudes usually manifested included the manner in which some lawyers extorted their clients, even to the point of bankruptcy.

Isaac gave this advice in an interview with the News Agency of Nigeria (NAN) on Friday in Abuja.

According to the activist, some lawyers make life difficult for their clients by making them to believe that getting a lawyer is all about money.

“With time, the morale of the person looking for justice will become low and he begins to doubt the system and the lawyer he enlisted as his attorney,’’ he said.

According to him, to move the country forward, the attitude of extortion of clients and their families by some lawyers has to come to an end .

“You did not become a lawyer to intimidate people with money when they seek a counsel, you became a lawyer in order to help the helpless to seek redress.

“Law practice is not all about self empowerment or greed but your first responsibility is to uphold the tenets of law as ministers in the temple of justice,’’ Issac said.

He also said some lawyers encourage their clients to go to court, when a trivial matter could easily be settled out of court for their own selfish interest.

He said “this is borne out of greed,’’ and urged lawyers to eschew such traits so as to restore peoples’ confidence in the Nigerian judiciary system.

The activist also charged lawyers not to go to court to defend “somebody, who confessed to them that he had stolen money by crook’’.

He said that this attitude will only encourage “thieves to thrive in our society’’.