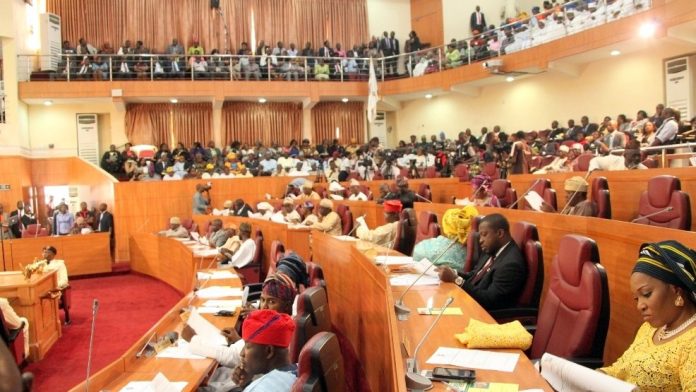 Lawyers at the ongoing public hearing on proposed amendment to the Land Use Charge in Lagos at the state’s House of Assembly, Ikeja, have stormed out of the complex demanding for the postponement of the process.

Chairman of the Ikeja branch of the Nigeria Bar Association (NBA), Adeshina Ogunlana, had opposed the constitution and holding of the public hearing on the ground that stakeholders had no access to the amendment.

Ogunlana called for extension of the hearing to allow stakeholders read through the document and make meaningful contributions.

In a swift reaction, Bayo Oshinnowo, the chairman of the 6-member Ad-hoc committee on the proposed amendment said there was no basis for the postponement.

Similarly, Speaker of the Assembly, Mudashiru Obasa, said the issue at stake was not enough to call for a postponement of the process.

He said the amendment parts are eight sections and the controversial aspect and the nonavailability of the document is not enough to call for postponement.

The reaction apparently angered Ogunlana and other lawyers at the venue who stormed out of the venue to stage a protest outside.

The lawyers are currently outside the venue of the hearing protesting.