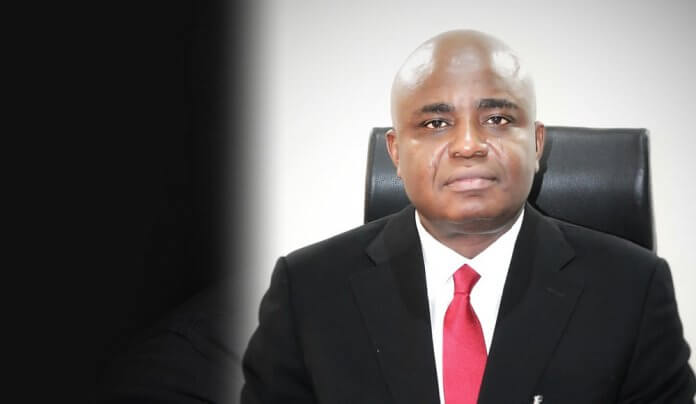 Ahmed Adeniyi Raji SAN is a leading Senior Advocate of Nigeria and the founder of Ahmed Raji & Co a thriving law firm in Abuja.

He attended Obafemi Awolowo University, Ile Ife, Osun State for his LLB (Hons.) He obtained a Masters Degree in law (LLM) from the King’s College, University of London, United Kingdom. He was conferred with the rank of Senior Advocate of Nigeria in September, 2012. He is a Certified Capital Market Solicitor and a Fellow of the Chartered Institute of Arbitrators (UK).

He has about thirty (30) years’ experience in administrative and constitutional matters, criminal law, debt recovery, and other areas of practice. His expertise and experience extend to diverse and broad areas of practice, including litigation, mediation and arbitration, banking and corporate finance, maritime and admiralty, election matters and telecommunications. He was part of the team that successfully defended Nigeria National Petroleum Commission (NNPC) in an international arbitration against Petree INC (a US Company). He is known for his astute legal approach to client’s cases, keen attention to details and the ability to give advice on complex transactions and matters on-the-spot.

Ahmed Raji SAN was appointed a Resident Electoral Commissioner where he served in five (5) different States in Nigeria for a period of eight (8) years.

As a member of the Consortium of five top law firms constituted by the Independent National Electoral Commission (INEC) to handle all pre-election and commercial matters on its behalf, Ahmed Raji SAN has personally been involved in more than one hundred (100) cases at trial and Appellate Courts. He has also played a key role in arbitrations arising from agreements touching some Oil Mining Leases (OMLs) and Oil Prospecting Licences (OPLs). He represents private individuals, government agencies and corporate bodies in a wide-range of transactions and matter. His practice has exposed him to the intricate workings of the Telecom industry and regulatory agencies generally.