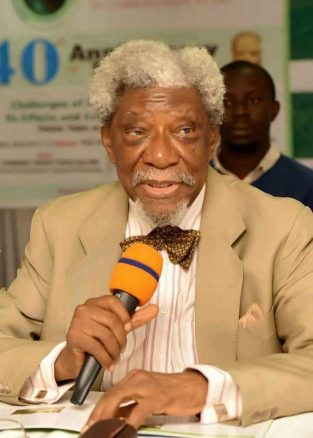 Alhaji Lateef Olufemi Okunnu, SAN was born in Lagos to Muritala Abibo Okunnu, and Hasanat Abeebi Okunnu on February 19, 1933. He attended the famous Ansar-ud-deen Primary School, Alakuro, Lagos. He thereafter went to Kings College in 1948 but left in the middle of 1953 for six months for his High School Certificate (HSC), where he majored on science courses and ended in University College, London University, London in 1959. 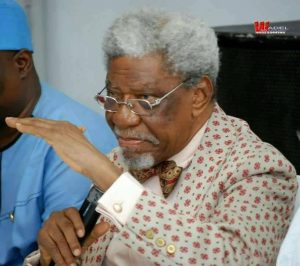 The Principal of the Honourable Society of Gray’s Inn was called to the English Bar on February 9, 1960 and admitted to the Nigerian Bar on the September 16, same year. He engaged in private legal practice with Messrs. Remi Fani Kayode and Sowemimo Law Chamber and was in active practice until he was appointed Federal Commissioner for Works and Housing (May 1967 to December 1974). He resumed active legal practice in January 1975, and soon thereafter founded the legal firm of Femi Okunnu & Co. 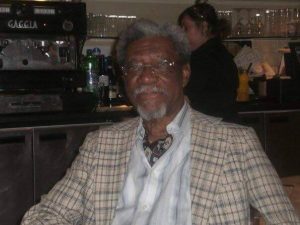 He was appointed as Leader of the Federal Government Delegation to the Organization of African Unity Consultative Committee on Nigeria Peace Talks to end the Civil War in 1968 and in 1969, he was appointed Leader of the Nigerian Delegation to the O.A.U. Ministerial Conference. In 1967 he became the Federal Commissioner for Works and Housing, and was in that capacity for seven years, a tenure that ended in 1974. He was later appointed Deputy Legal Adviser to the National Party of Nigeria (N.P.N.) in 1981. In 1980, he was member of the Nigerian Delegation to the General Assembly of the U.N.O. and was pro-chancellor of the University of Agriculture, Makurdi in 1982.

We wish him a very happy birthday and more health and happiness.