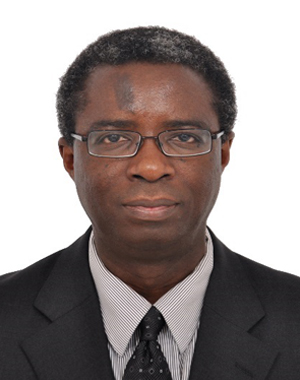 He graduated from Magdalen and Merton Colleges with BA (1st Class), MA, BCL (1st Class), D.Phil. and BL (Upper 2nd) qualifications. He was called to the Nigerian Bar in 1981 and to the New York Bar in 1990. He became a Senior Advocate of Nigeria in 2005.

He worked at Kehinde Sofola SAN & Co. (1982; 1993-94) and in a New York firm, Cravath, Swaine & Moore (late 1989 to early 1993).  He has been Partner at G. Elias & Co. since 1994. His work and that of the firm have been widely-applauded in leading international directories of business law firms. He has appeared before numerous arbitration and other tribunals, trial courts and appellate courts in claims over title to land, oil-and-gas contract disputes, high-profile product liability claims, major census matters and controversial cases. He has advised on numerous outstanding corporate finance transactions including large and complex energy project financings, mergers and acquisitions of financial institutions and “fast-moving consumer goods” companies, and on innovative capital markets offerings.

He has served on numerous law reform committees (on oil-and-gas, pensions, trusts, port regulation and disputes resolution) and published extensively on trusts, mergers, arbitration, privatization, shipping law, oil-and-gas and insurance. His book, “Explaining Constructive Trusts” was published by Oxford University Press in 1990. He became a Visiting Professor of law at Babcock University in 2012 where he teaches equity, shipping law and petroleum law. He has served on the boards of the NigeriaNetherlands Chamber of Commerce, the Nigerian-German Business Association and Lagos State University.

Gbolahan Elias SAN is ranked as Band 1 lawyer in Chambers Global, 2016 in Banking and Finance, Corporate/Commercial, Band 2 in Dispute Resolution and Energy & Natural Resources. He is a member of the Nigerian Bar Association, International Academy of Defence Counsel, Chartered Institute of Arbitrators, UK, London Court of International Arbitration and Chartered Institute of Taxation.

OKunnu: Salute to a Law Legend at 85 – Abdulrasheed Ibrahim