Home NBA News Who would Man the NBA Secretariat? – Stealing Glances at the Hopefuls

At the moment, we already have faint idea of those who may likely be in contest over the leadership of the Bar. In fact, so many things have been said about them.

We recently did a post on “Who would Man the NBA Secretariat”. The post generated a lot of reactions and we felt there was need to dig deeper and find answers to the question we raised. The result of our finding is what is presented in this piece.

Our investigation revealed that five people may likely be interested in taking over from Aare Isiaka Olagunju as the General Secretary of the NBA. The people whom we were able to pencil down are; Mobolaji Idris Ojibara, who was one time Chairman of the NBA Ilorin Branch. We also found out that the current National Legal Adviser of the NBA, Chief Rafiu Oyeyemi Balogun, who had also once been the Chairman of the NBA Ilorin Branch would be throwing in his hat for the NBA Secretarial position.

A peep into the profiles of these prospective contenders emphasises the fact that the race into the seat of the next General Secretary would surely be engaging.

In a recent post shared by the prolific writer Sani Ammani, he described Mobolaji Idris Ojibara in a manner that is quite captivating and explicit. He said: 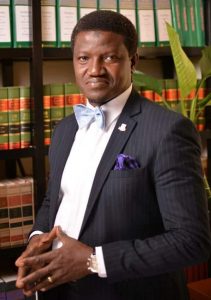 Mobolaji Ojibara is a household name in the Nigerian Bar Association. He is a one-for-all personality in legal practice. He has prosecuted cases from the lowest to the highest court in the country. In the paragraphs ahead, you will learn all you need to know about the man and his craft.

To begin from the beginning, Dr. Mobolaji Ojibara is a native of Ilorin, Kwara State, North Central Nigeria. He was born in Lagos, where he grew up and found his feet.

He had his undergraduate education at Bayero University, Kano where he obtained his Degree of Laws (LLB.) in 1998. He attended the Nigerian Law School, Abuja in 1999 and was called to the Bar in 2000.

He holds a Masters of Laws Degree (LL.M) from Obafemi Awolowo University, Ile Ife Osun State, and a Doctorate Degree in Laws (Ph.D) from University of Ilorin in Ilorin Kwara State.

Dr. Ojibara is in full private legal  practice. He is a trained Arbitrator, a Notary Public and a Fellow of the Institute of Human and Natural Resources.

Ojibara is an active member of the Bar. Currently, he is a member of its Section of Business Law [SBL] Standing Committee for Conference Planning.

Mobolaji  is a member of:

2) Lagos Court of Arbitration; and

3) Chartered Institute of Arbitrators, UK, currently serving on its Editorial Board.

As a Youth Corps Member, Mobolaji served the then Military Administrator of River State as his Protocol Officer.

Upon his return to Lagos, he briefly practiced as a young lawyer with late Deji Sasegbon, SAN. He later went back home to  Kwara to practice with Dr. Aliyu Salman, SAN. He practiced there up to June 2008 when he established his law firm, LOFTYHEIGHT.

He is a mentor and a role model for young lawyers. He speaks the truth without make-up or cosmetics.” 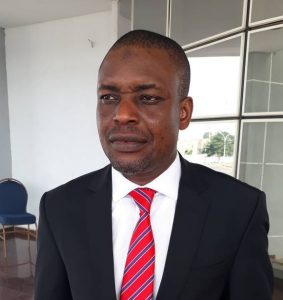 For Chief R. O. Balgun who is also popularly referred to as “Baloo” or “Double Chief”, he is the current Legal Adviser of the Nigerian Bar Association. He hails from Igosun in Oyun Local Government Area of Kwara State. He started his educational career from the then Moslem Local School Management Board (L.S.M.B.) Igosun in 1976 where he obtained his First School Leaving Certificate in 1982.

R.O. Balogun joined the Moribund Zamfara Textile Industry in Gusau, Zamfara State in 1989 and left the company in 1991 in pursuit of his academic career. He was a very active member of the Textile workers Union during his stay at the Industry. He was thereafter employed as a Clerical Officer in the University of Ilorin Teaching Hospital in the Department of Administration. He was also a strong member of the Non Academic Union of University (NASU).

His love for service to humanity and activism made him to change from Science subjects to Arts and he sat for GCE 0’level in 1992 in Arts subjects to enable him study either Mass Communication or Law; he strongly believed that studying any related course in Humanity or Social Science will avail him the opportunity to fight oppression in the Society. He was admitted to the Faculty of Law University of Ilorin in 1993. He was instrumental to the formation of the Law Students’ Society in the Faculty in 1995 and he became the first Public Relation Officer (PRO) of the society in 1996.

He bagged his Bachelor of Law (LL.B) in the year 1999 and proceeded to Nigerian Law School Bwarri Abuja same year and completed the one year Programme in the year 2000. He was called to the Bar in January 2001.

Chief R.O. Balogun started his legal practice with the legal icon, Mallam Yusuf Olaolu Ali; SAN as a Youth Corp member in 2001 and after the completion of his NYSC programme, he was retained by the chambers and he had his tutelage in the reputable Law Office. Chief R.O. Balogun after his tutelage for about 7 years, established his Chambers, R.O Balogun & Co.(Crystal Chambers), in February, 2007.

As a frontline Bar man, he has served at various levels and in Committees of the Nigerian Bar Association both at the branch and national level. 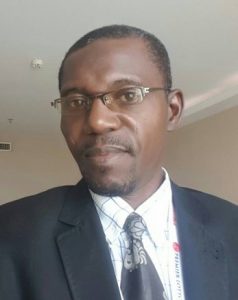 With a modest profile, Musa Alhaji Ya’u (aka A.Y. Musa) may also be in the contest for the position of the General Secretary of the NBA.

He is of the Zaria Branch of the NBA and has held several positions in the branch including two-time Secretary; one-time Vice Chairman, two-time Chairman. He is currently the NEC Representative for NBA Zaria Branch, a position he is occupying for the third term.

He was called to the Nigerian Bar in 1992 and has been on his own at AY Musa & Co from 1997 till date. He is an active member of Arewa Lawyers Forum from inception till date. 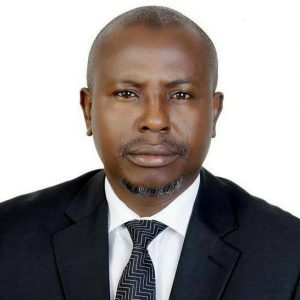 Mas’ud Mobolaji Alabelewe studied at University of Maiduguri and graduated in 1992. Called to the Bar in December 1993, and started practice as a corp member in Gbenga Atoki & Co in Kaduna. He is currently the Principal at Mas’ud Alabelewe & Co, Kaduna. He has served the NBA Kaduna Branch as Auditor from 1996 – 1998. He served as NEC member from 2006 – 2012 and elected Welfare Secretary of NBA between 2014-2016. 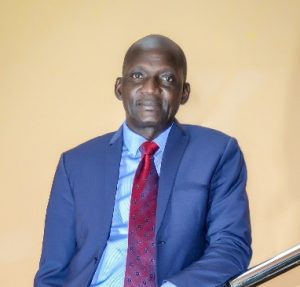 Jonathan Gunu Taidi was called to the Nigerian Bar in January 2001 and since then he remained in active legal practice. He served NBA Minna as Secretary between 2008 – 2010; Vice Chairman  between 2010 – 2012 and Chairman  2012 – 2014. He was appointed Notary Public in 2014. He has been an NBA NEC Representative from 2008 till date. He is a Member of the Commonwealth Lawyers Association; American Bar Association; International Bar Association and an Associate Member of Asia Pacific Bar Association.

The above is a glimpse into the profile of the NBA GS Hopefuls. We are certain that after the Ilorin NEC Meeting when ban on election campaigns is expected to be lifted, there would be certainties in a lot of what remains uncertain. You may wish to check out how stylish the GS Hopefuls can be following the links below: