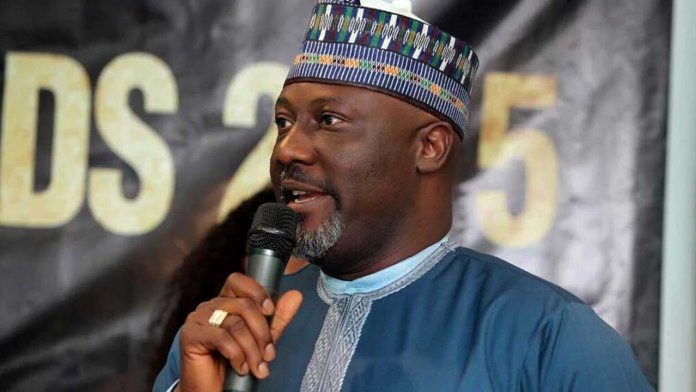 The Gun running trial involving the Senator representing Kogi West, Dino Melaye and two others was stalled on Thursday as the senator failed to appear in court.

His lawyer, Barrister Yemi Mohammed who stood in for Chief Mike Ozekhome SAN told the trial magistrate Suleyman Abdalah that he had it on good authority that Senator Dino Melaye was attacked in Gwagwalada on Wednesday on his way home from the court.

“I learnt that he was attacked yesterday in Gwagwalada on his way home from the court, up till now,I have not been able to reach him ,I don’t know where he is at the moment,” he said.

However, the officer in charge of police prosecution ,Theophilus Oteme told the court that the prosecuting counsel had an emergency yesterday that made it extremely difficult to appear in court.

He therefore adjournment till 9th August for commencement of trial.