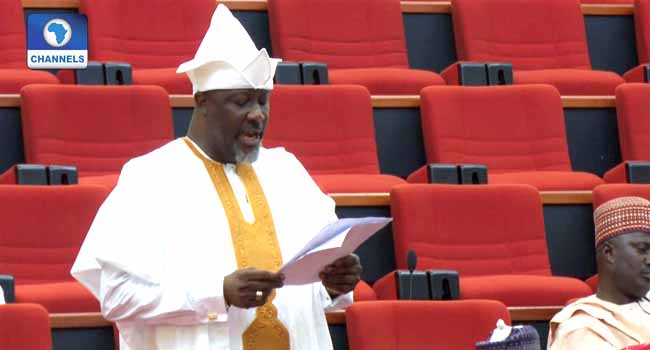 The Senate President, Dr. Bukola Saraki and two other senators, Dino Melaye and Ben Murray-Bruce have filed a suit asking the Federal High Court to set aside the police summon following their involvement in a protest last week.

The senators have asked the court for an order of perpetual injunction restraining the police from any further unlawful harassment, intimidation or attempt to arrest and detain them in connection with their peaceful demonstration.

In the fundamental rights suit filed on October 8, 2018, counsel to the plaintiffs, Mahmud Magaji SAN, asked the court to declare that the threat, intimidation and unlawful harassment of the applicants by the police via a letter of invitation, as illegal, unconstitutional and a gross violation of their fundamental rights as guaranteed under section 34 and 35 of the 1999 constitution.

In addition, the plaintiffs are seeking a declaration that the invitation by the police was initiated by the Commissioner of Police of the FCT who is the 2nd respondent to harass, molest, intimidate and prevent the applicants from exercising their fundamental rights under the law.

The Senate President and his co-applicants, therefore, asked the court for an order directing the respondents to jointly and severally pay them the sum of N500 million being the pecuniary and exemplary damages arising from the humiliation and unlawful attempt to arrest the applicants by the agents of the 2nd respondent.

Members of the Peoples Democratic Party (PDP) on October 5, embarked on a protest to the headquarters of the Independent National Electoral Commission (INEC) and the police, over the outcome of the Osun State governorship election.

Subsequently, the police summoned the Senate President and the other senators who were involved in the protest which it described as unruly and unlawful.