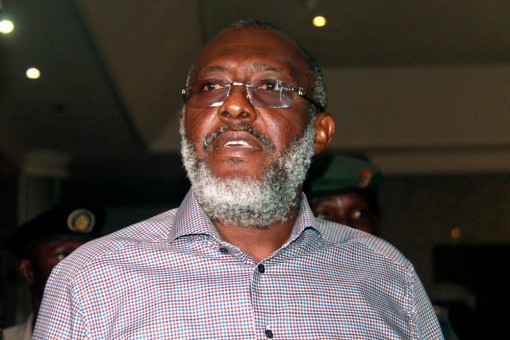 Senior lawyers at the weekend expressed different views on the decision of the Supreme Court, which refused a request by the former National Publicity Secretary of the Peoples Democratic Party (PDP), Chief Olisa Metuh to stay proceedings in his trial before Justice Okon Abang of the Federal High Court in Abuja.

Metuh and his company, Destra Investment Limited are being prosecuted by the Federal Government over for the N400 million he allegedly received fraudulently from the Office of the National Security Adviser (ONSA) in 2014 had his appeal for a stay of proceedings refused by the apex court.

The lawyers, who were drawn from both the prosecution and defence to review the Supreme Court’s ruling in Metuh’s appeal against the Federal Government, spoke at the J.B Daudu & Co. 1st Annual Criminal Law Review Seminar on the Administration of Criminal Justice Act (ACJA), 2015 held at the weekend.

While a former President of the Nigerian Bar Association (NBA), Joseph Bodunrin Daudu (SAN) was of the view that the apex court’s decision in case of Metuh v. FRN (2017) was a violation of rights of the former PDP spokesman, a Professor of Law, Yemi Akinseye-George (SAN) said the Supreme Court ruling in Metuh’s case has restored the dignity, integrity and agility of the Nigerian criminal justice system.

Daudu strongly condemned the leadership of the Nigerian judiciary for surrendering its constitutional powers to the executive arm of government.

A member of the Corruption and Financial Crimes Cases Trial Monitoring Committee (COTRIMCO), which was set up by the National Judicial Council (NJC), the former NBA President accused the judiciary of turning itself into the mouthpiece of the Federal Government’s anti-corruption fight.

While reviewing the decision of the apex court in Metuh’s appeal, Daudu picked holes in Section 306 of ACJA, 2015, which he said violated Metuh’s right to fair hearing as enshrined in Section 36 (4) of the 1999 Constitution.

He lamented that the ACJA as a ‘lesser” law is super-imposing itself on the constitution, a situation he described as “intolerable.”

In his own view, Prof Akinseye-George said the apex court rightly upheld section 306 of ACJA, as a veritable instrument for curbing the abuse of stay of proceedings and interlocutory criminal appeals.

He said, the ruling is, “Well-founded in law and logic as it suppresses the notorious mischief of delay of criminal proceedings while advancing the objects of the ACJA 2015, to ensure that the system of administration of criminal justice in Nigeria promotes efficient management of criminal justice institutions, speedy dispensation of justice, protection of the society from crime and protection of the rights and interests of the suspect, the defendant, and the victim”.

He said, “If the stay of proceedings badly sought by Metuh had been granted, the Supreme Court would have done a grave injustice to the larger cause of administration of criminal justice” and added that the Apex Court took the Bull by the horn by unanimously upholding section 306 of the ACJA in Metuh’s case.

Oladipo Okpeseyi (SAN), who is also one of the discussants at the event, disagreed with Daudu’s position on the issue and argued that Section 306 does not take away the right of the defendant to fair-hearing, saying there is no conflict between the provision and Section36 (4) of the Constitution.

“Because of the inordinate delays we have experienced, the society is losing confidence in the judiciary. It is not because the judges are incompetent.

“If the Supreme Court sees a conflict, it will strike it down. Section 306 is only designed to cure the mischief of long criminal trials in Nigeria”.

Meanwhile, Prof Akinseye-George, called for an overhaul of the Court of Appeal Rules to create room to Fast Track Interlocutory Criminal Appeals as well as the introduction of special rules or practice directions to govern interlocutory criminal appeals.