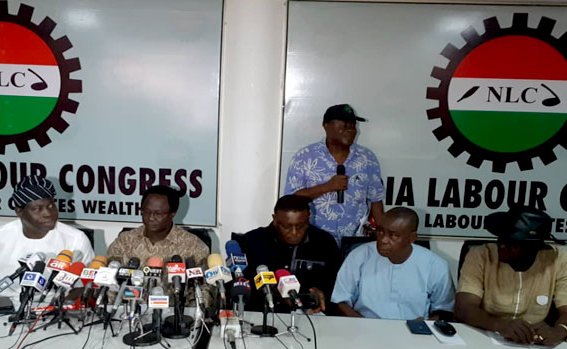 The National Industrial Court of Nigeria (NICN) sitting in Abuja has restrained the organised labour from proceeding on its planned nationwide indefinite industrial action.

Justice Sanusi Kado gave the order on Friday while delivering a ruling on an ex-parte application restraining the Nigerian Labour Congress (NLC) and the Trade Union Congress (TUC) from embarking on the strike scheduled to commence on November 6.

The judge granted the application pending the determination of the substantive suit filed by the Federal Government and the Attorney General of the Federation (AGF) against both unions.

Justice Sanusi also restrained the NLC, the TUC and the Incorporated Trustees of the Nigerian Governors Forum (listed as the first, second, and third defendants) from taking steps capable of destroying the subject of the dispute.

He said he was moved to granting the ex-parte application argued by the Solicitor General of the Federation (SGF), Dayo Apata, because of the likely devastating effect of the strike on the nation, its economy and the people.

The hearing of the main suit has been fixed for November 8.