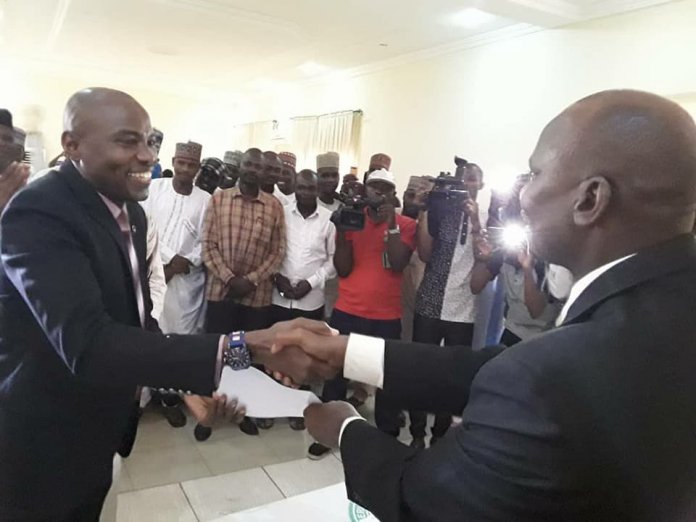 The Nigerian Bar Association (NBA) Maiduguri branch has elected Mr. Muhammad Umaru as the Chairman of the Branch.

Other elected officers are; Fati Ahmed Gazali as Treasurer, M. U. Bukar Legal adviser and Fatsuma Salihu as Financial Secretary. Also in the new Exco are; Anjili F. Mshelia Social Secretary, the Provost is S. K. Jidda, Kaltum M. Bulama as the Welfare Secretary and Ibrahim H. Ngadda returned as the Publicity Secretary.