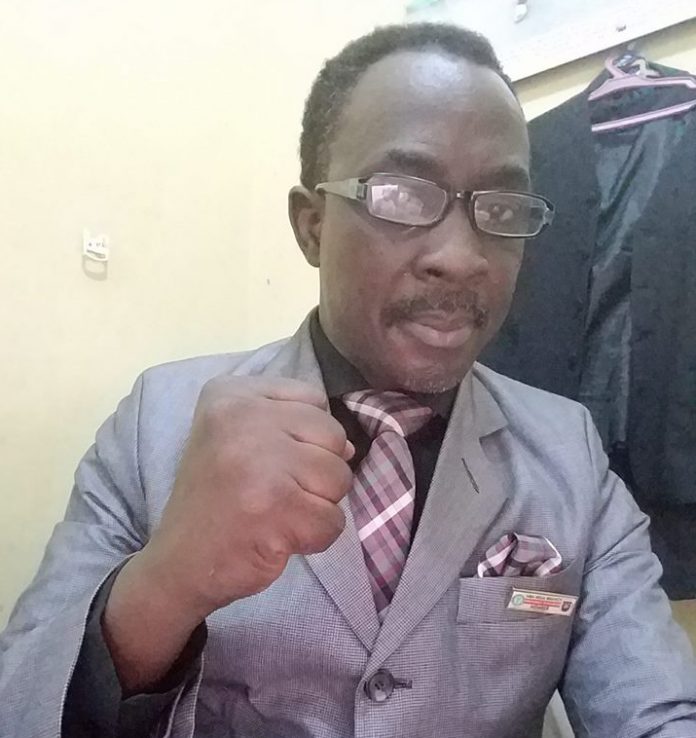 Mr. Adesina disclosed this while responding to the grievous allegation of financial misappropriation against him by a group that go by the name Concerned Members of the Branch.

Mr. Adesina while explaining how difficult it was to work with insubordinate Treasurer and Secretary challenged the group to take up action regarding the allegations against him.

In his words “At the IKEJA Bar, we shall be holding our elections tomorrow into the offices of chairman, Vice Chairman, Secretary, Publicity Secretary, Legal Adviser and Financial Secretary.”

“Interestingly even though I am not a candidate in this election, I have become the Main Issue. My original sin according to my emergency traducers actually is my failure to simply declare Dele Oloke who was locked in a vicious, very hateful and desperate leadership tussle from June 23 2016 to May 2017 as the next Chairman of the Tiger Bar which appears to be their understanding of the Agreement between Oloke and I.”

“Since about three weeks ago now, all manners of accusation of financial impropriety have suddenly emerged against me.”

“The word fraud has been used very freely but vaguely against me, with the constant theme being the alleged sidelining of the Secretary, Treasurer and Financial Secretary of the BRANCH in the control of the funds of the branch. Yet none of the officers has put pen to paper to make complaints.”

“What the ordinary member May not know is that my period of leadership is one of extraordinary circumstances that witnessed for example an elected Treasurer refusing quite bluntly to become a signatory if it meant taking over from her predecessor as signatory from whom she would not even receive cheque books and other documents of record or a Secretary who for the first half of the regime was the backbone of an extremely virulent rival being propped up by the national authority of the NBA as at then and who refused to sign cheques including staff salaries as far as May 2018 and by June 2018 had declared, just like the Vice Chairman earlier that our leadership tenure has expired!”

“These are Exco members and a few of their ilk who not only shunned the recently concluded Law Week Programme of the Branch but worked, happily unsuccessfully, behind the scenes under the banner of a so called but faceless group known as Concerned Members to sabotage same Despite these very strange circumstances akin to continuously running a government in a war situation.”

“I managed to keep the branch going , and not just going but very actively and progressively so even in the fiercest heat of factional confrontation, paying salaries, doing programs, participating in conferences of the NBA , involving in acclaimed social interventions in and out of Lagos state, making major expensive and unprecedented publications and advertisements like the Branch Diary ( given free of charge to members) paying heavy insurance premiums for members , funding an innovative, unprecedented and comprehensive medical screening and health check Programme for members for no less than three times etc with operational methods known to all the executive members from day one and above all legal.”

“Please note that in all of these I hardly received or used or depended on donations. In fact our high rate of execution of projects and programs baffled many money bags of the Branch since they know that they never gave financial support to my regime.”

“Some wonder why I have kept silent and unperturbed all this while. My silence, contrary to some insinuations of some power players, is not an admission of any guilt, but merely studied silence as befitting an Elder of the Branch that I have become. Members should remember or know that it is the same studied silence I have maintained all this while in reaction to the obnoxious and factional WhatsApp platform set up and maintained by the Secretary of the Branch, deliberately misleadingly named NBA Ikeja Branch but which I know as Opposite Peoples Platform where my name and reputation are routinely dragged in the mud and I have become a regular victim of hate speeches.”

“Even If I say so myself , giving the circumstances I found myself, a less astute leader would have succumbed to the whims , caprice and dictates of Subordinate officers and become a lame duck. But Tufiaka, God forbid . I have nothing to hide.”

“All the wild claims of bringing a Kembi Adejare out to compete for chairman so as to cover up for alleged fraud on my part is simply Puerile Politicking and balderdash.”

“This outlandish claim should be rejected by all reasonable persons. In my time as candidate in 2016 opposite people said that Yinka Farounbi the chairman then brought me out to cover up the tracks of his alleged fraud! Here we go again this year, opposite people are now saying that I am bringing out Adejare Kembi to equally covet my tracks! Haba. When will these confusionists stop their Antics.” NBA-AGC 2018: Where National Security and Public Interest are Threatened the...

Tips: Have You Registered for Your NBA Insurance Cover?