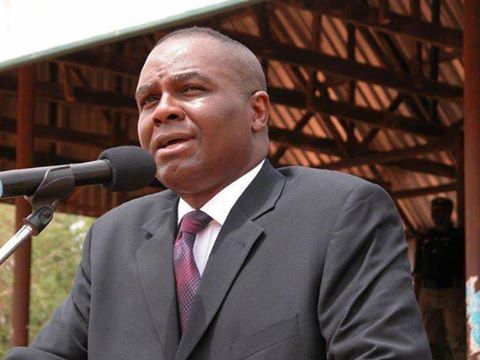 The Federal High Court in Lagos on Friday refused the plea to vacate the bench warrant it issued for the arrest of a former governor of Enugu State, Chimaroke Nnamani.

Justice Chuka Obiozor turned down the plea made by Nnamani’s lawyer, Mr. Rickey Tarfa (SAN), and rather insisted that the ex-governor must be produced before him in respect of a N5.3bn fraud charge.

The judge also struck out Nnamani’s application challenging the court’s jurisdiction and seeking a perpetual injunction to restrain the Economic and Financial Crimes Commission from arresting him.

The application was struck out by the judge, after Tarfa had asked to withdraw same.

The judge, thereafter, adjourned the case till February 20, 2018, at the instance of the EFCC prosecutor, Mr. Kelvin Uzozie, who pleaded for time to consult with the anti-graft agency on how to proceed with the case.

Earlier after withdrawing the application challenging the court’s jurisdiction and seeking a perpetual injunction against the EFCC, Tarfa had contended that there was no valid charge against Nnamani before the court.

He said a plea bargain had been entered in the case, leading to the conviction of the 3rd to 8th defendants.

But Uzozie explained that though there was a plea bargain in respect of the 3rd to 8th defendants, the case of Nnamani and his ex-aide, Sunday Anyaogu, who were joined as first and second defendants, had yet to be concluded.

“We are working on an amendment of the charge to reflect the proper situation. We will ask the court to indulge us by way of an adjournment to bring a clean copy of the charge sheet,” Uzozie said.

As the defence counsel did not oppose the application for an adjournment, the judge granted same.

Nnamani, Anyaogu and six companies had been first arraigned in 2007 for allegedly conspiring to divert about N5.3bn from the coffers of Enugu State.

The case, which had been handled by no fewer than three judges, was last year December transferred to Justice Obiozor, who fixed December 4 for the re-arraignment of the defendants.

But following the failure of Nnamani and Anyaogu to appear in court, the judge issued a bench warrant for their arrest.

At the Friday’s proceedings, Anyaogu was in court but Nnamani was not.

His lawyer had in December claimed that the ex-government was in the United States of America, bedridden in a hospital, where he underwent a heart surgery.

A counsel from the chambers of Rickey Tarfa & Co., Abubakar Shamshudeen, had exhibited a photograph, showing Nnamani on the sickbed.
But the EFCC lawyer, Uzozie claimed that the photo had been in circulation on the Internet since 2014.

[Download] Ruling of Court of Appeal Ordering Parties to Maintain...