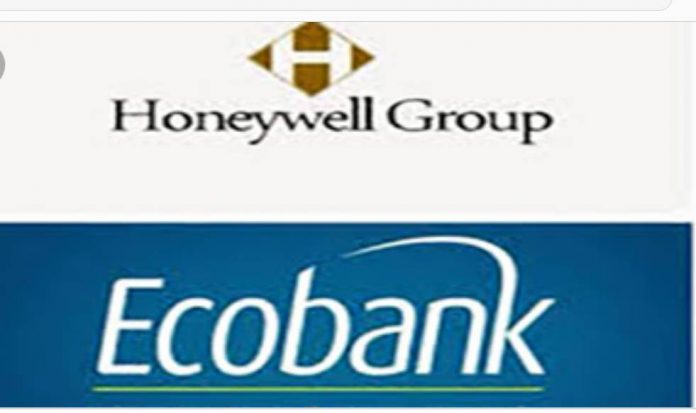 A Federal High Court sitting in Lagos, on Wednesday, ordered personal service of a witness  summons on the alter ego of Honeywell group Plc, Dr Oba Otudeko, to appear in court and give evidence, in relation to an alleged N5.5billion debt owed Ecobank Nigeria Plc.

Justice Idris adjourned the suit until Feb. 8, for personal service of the subpoena/witness summons on Otudeko.

On Wednesday when the case was called, counsel representing Ecobank, Mr O.A Divine from the law firm of Mr. Kunle Ogunba (SAN), informed the court that he had two applications dated Jan. 26 and Jan. 29 respectively, but urged the court to allow him move the application dated Jan. 26, which is seeking for a stay of proceedings in the suit.

In moving his application for stay of proceedings, defence counsel told the court that the application was supported by a 19 paragraphs affidavit, as well a written address filed on same date.

According to Divine, the crux of the application, is that, on Dec. 21, 2017, the court had delivered a ruling in which it refused its (Ecobank) motion for stay of proceedings, irrespective of its notice of appeal.

He said that the applicant being aggrieved by that ruling, had filed a notice of appeal before the court, urging it to grant same, as it does not share similar jurisdiction with the court of appeal.

He argued that if the application is not granted, it will render nugatory the outcome of the appeal it filed.

In opposition with a 20 paragraph counter affidavit, Olanipekun argued that firstly, the applicant’s affidavit in support of his motion, had no seal attached, adding that it is a requirement of rules 10 of the rules of professional conduct.

He argued that the applicant had not also exhibited due diligence as they have not even transmitted their records of appeal, adding that the appeal predicating the instant one, was not even ripe for hearing.

He urged the court to dismiss the application, and order the applicant to open his case and call his witness, so that the case could proceed.

In his ruling, justice Idris held that having taken a cursory look at the records before him, the court is of the view that the reliefs sought by the applicant are to be decided by the appellate court.

The court accordingly, struck out the application.

When asked to call his witness, the defence counsel told the court that it intended to call the arrow head of Honeywell group, Dr. Oba Otudeko, as its first witness.

He told the court that a subpoena had been issued on the witness, who fully had knowledge of the summons, but had decided to ignore same.

Divine then urged the court to grant an adjournment, to enable the witness appear in court and give evidence in the case, failing which he will be moving the court to issue a bench warrant for his arrest and production in court.

In response, Olanipekun argued that the said subpoena could only probably have been served on the intended witness recently, rather earlier, and urged the court to look at its record.

He submitted that this was a ploy to further frustrate the suit, since the defence had a second witness it could call instead of the first.

After a perusal of the records, the court held that the subpoena was only served on Feb. 6, on a third party, and not personally on Oba Otudeko.

The court then ordered that:

“In the light of the above, I will redirect that proper service of the subpoena be effected personally on the witness, to enable him attend court, and I urge counsel to cooperate in this light,”

The court consequently adjourned the case until Feb. 8 for continuation.