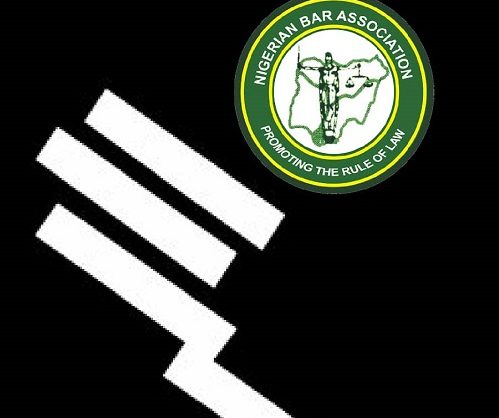 Crenet TechLabs Limited has issued a press release to clarify what it referred to as several misleading materials and statements which have been disseminated across various social media platforms with respect to its services to the Nigerian Bar Association (NBA) on the 2018 General Election.

Part of the ugly revelation by the IT firm is its alleged attempt that some persons are attempting to hack into its system while the process is ongoing.

Crenet explained the circumstances upon which the Electoral Committee of the NBA (ECNBA) invited them to do the job and called for calm assuring that the issues with the data verification is receiving due attention.

“In the last few days, we have been inundated by several misleading materials and statements which have been disseminated across various social media platforms, lawyer groups and circles by unknown persons, with respect to services being rendered by Crenet TechLabs Limited to the Election Committee of the Nigerian Bar Association (ECNBA), in connection with its proposed use of electronic voting in the 2018 Annual General NBA Elections.

These materials attempt to imply, howbeit wrongly, that Crenet TechLabs Limited is responsible for the challenges being experienced by eligible voters with the accreditation process. Given the nature of these misleading materials, it has become necessary to issue this press release to address these issues.

On 12th June, 2018 Crenet TechLabs Limited was invited to make a bid presentation to the ECNBA for the provision of technology services required for the Elections. In our bid presentation, we highlighted several potential issues and challenges that might arise and proposed various ways to mitigate these issues. A few weeks following our presentation, we became aware that a preferred vendor had been selected to provide the technological services for the Election end-to-end. We understand that the initial verification process application put in place by the preferred vendor had encountered some issues which generated a perception of data compromise. Following concerns about the integrity of the process and petitions from eligible voters, the ECNBA was compelled to make a decision to split the service process into three phases – Phase 1: Verification of Voters , Phase Two: Voting & Phase 3: Audit of Votes ( together referred to as the “Election Exercise ”).

Seven (7) days to the Elections (23rd of July, 2018) , Crenet TechLabs Limited was again invited to proffer solutions to the pending challenges that threatened the integrity and credibility of the voter verification process. Based on the ECNBA’s request, we proposed certain technological solutions and were thereafter engaged by the ECNBA to specifically troubleshoot the voter’s verification process.

Notwithstanding this extremely tight timeline, we deployed our best resources and developed a verification application to aid the eligible voter identification process, while simultaneously attempting to rectify the additional data challenge created by the failure of the respective NBA Branches to forward details of eligible voters in line with the format stipulated. Also, in a bid to properly identify eligible voters without corresponding enrollment numbers, or other relevant detail, we were compelled to build an Artificial Intelligence (AI) solution which assessed eligible voters using enrolment numbers across various NBA-based datasets. All of these corrective steps were achieved within the span of 5 – 6 days.

It is imperative to point out that, although there have been several attempts by persons of shady character to hack our systems and create the impression that our system is unsecure, we have at all times intercepted and rebuffed such attacks and retained the security of the application. We would like to assure the voting legal community that our Application maintains its integrity. While there may still be a few challenges here and there, these challenges are challenges predominantly generated by third-party service providers to the ECNBA who are responsible for delivering emails and sms access codes to the eligible voters. We have decided to address this by procuring directly, the services of premium vendors who we are confident can deliver on the Crenet TechLab Ltd/ECNBA’s mandate.

We are consistently working with the teams involved in resolving issues such as missing information that have risen due to incorrect provision of data from the NBA branches. This issues are being addressed primarily by ECNBA with our full support.