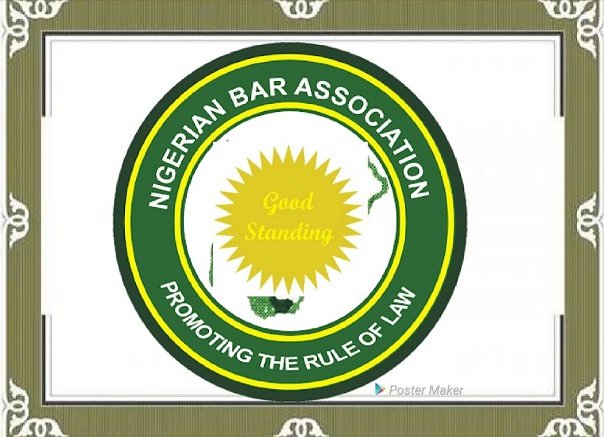 My initial decision on this NBA Election was to remain calm and watch things unfold and then make an informed decision and share my opinion if necessary. Because really, for me, it doesn’t matter who takes over from A.B  SAN since it is Democracy.  I would only presume that what we get would be what majority of lawyers would have asked for. So my minute opinion or desire shouldn’t count for anything. But, there are somethings one’s keeping calm may amount to a disservice. So, on this issue of “Good Standing” and how it forms part of the requirements for being qualified to run for the NBA Election and the constitutional provision backing it up, I wish to make a statement.

I was privileged to hear about the Electoral Committee including a requirement of good standing from the contestants as part of their screening criteria long before yesterday. Instantly I remembered that not too long ago I had to go checkup that ‘good standing’ provision in the NBA Constitution.

This was what made me do the check; it was on March 1, 2018, a Thursday, I got a call from my uncle in Canada, also a lawyer, practicing over there. He has in the last few years been on my neck, urging me to relocate to Canada. For him, there is really nothing left for me in this country. He thought I was just wasting away here. When his call came through, I knew it would be another round of long preaching on why I should relocate. I didn’t want to go that route so I made up my mind I was just going to play along.

After exchanging the customary pleasantries, as he was going to start his usual, I played a fast one on him. “Ehen egbon, what are the things I would require to relocate to Canada”? I could feel his shock from across the Atlantic. He was quite for close to 45 seconds. He got himself and started giving the requirements. One of the striking things he mentioned was a “Certificate of Good Standing from my Bar Association”. I didn’t know what that meant. In fact I was hearing it for the first time.

When we ended the conversation, I became curious of what a “Certificate of Good Standing” is. I went straight to my NBA Local Branch and met with the Secretary. He calmly explained to me that it is a certificate given to any member upon request. He said it is a certificate which shows that you are an active member of the Branch. He mentioned to me that it is even a provision of the Uniform Bye Law. The moment he mentioned Uniform Bye Law, I became relaxed. I knew there was a place I could get clarification on what “Certificate of Good Standing” mean. I thanked him and left the Secretariat.

“A member is in good standing and, if he so desires, shall be entitled to a certificate of that status signed by the Chairman of the Branch if:

(1) In addition to his Bar Practicing Fees, he has paid his annual dues and all other financial obligations to the Branch as and when due for at least the immediate preceding three years, unless he has enrolled or had relocated to the State where the Branch is situate within a shorter period which shall then be the threshold point instead of three years; and

(2) He/She has in the past one year in question participated in at least three or more activities of the Branch, including attendance at Branch meetings or the sponsorship thereof. Provided that one or more of these requirements may be waived upon proof of temporary relocation to a place outside in the State where the Branch is situate and/or serious and prolonged illness”.

After reading the provision of Section 4 of the Uniform Bye Law, the following is my take home:

My exploration into the Uniform Bye Law was very rewarding. Indeed, it is profitable to be abreast with the laws governing your professional association.

Bringing this to the point I made earlier, the decision of the Electoral Committee to include the “good standing” requirement in Section 4 of the Uniform By Law as one of its criteria for clearing candidates for election should be carefully reviewed so as not to lend credence to the impression already held by some of the candidates that this is a witch-hunt. It is common knowledge that many NBA branches are in leadership crisis today. Many have gone to the extent of creating parallel leaderships in one branch, holding meetings and elections. It is bad enough that in a profession that prides itself as noble, the quest to serve now creates this amount of rancor. If the National Leadership of the NBA does not take drastic measures to stem these rising trends, may we wake up tomorrow to meet our Brave New Bar standing.

The Constitutionality of Virtual Courts: A Call for the Amendment of...