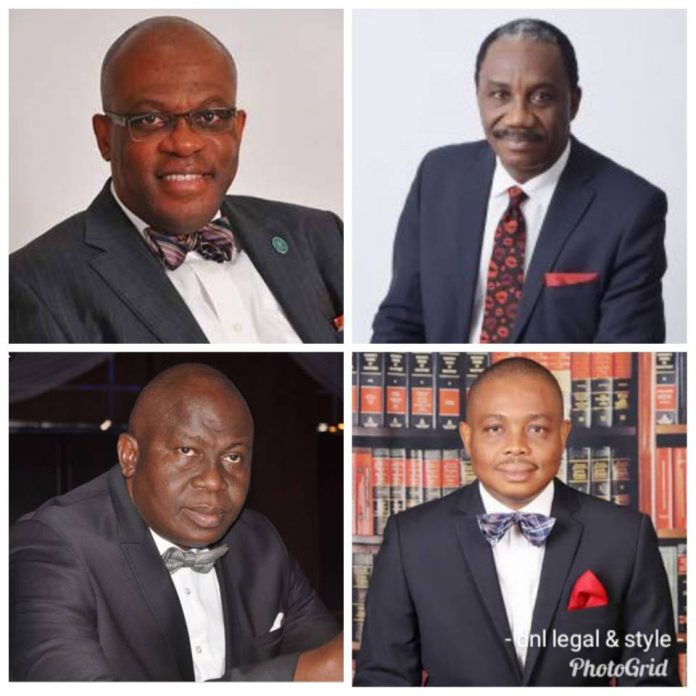 In any contest, nothing is taken for granted. Everything matters.

This morning, I was doing some private study on the effect of social media on human lives. I stumbled on a piece on the effectiveness of Twitter and how it is the future of social media. The piece attributed so many pros to Twitter and in comparative ranking, it leads the other social media platforms in terms of popularity measurement indices. (the accuracy of this assertion may be debatable but it is not the reason for my post so I leave it as it is). But for me, one interesting thing about twitter is the way and manner this “follow” thing work. It really underscores a whole lot and more. I also see that some socialites celebrate reaching some milestones in the number of followership they get. Again this led me into deep thinking.

While I was on this reflection on my personal life and how I would need to use the lessons derived from these indices for my many advancement, an idea came.

As an ardent follower of the present events in the NBA Polity, I have taken it up myself to keep my eyes on details no matter how remote.  I said it before and I would say it again, this forth coming NBA National election would be technically won on social media.

So I decided to conduct a quick search on all the twitter handle of all the Presidential Hopefuls and see where they stand in their “Twitter Life”.

See for your self: 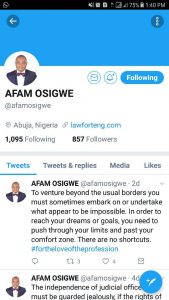 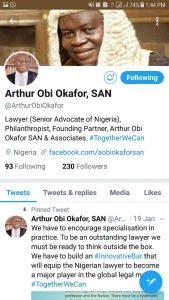 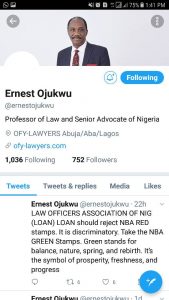 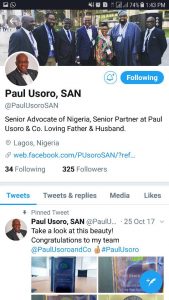 I would keep the details of what my early morning social media study revealed to me, but if the scientific analysis in that piece is anything to go by, if the NBA National Elections are to hold today, the numbers reproduced above may well be the proportion of votes for each Aspirants.

Rather than accuse me of supporting one of the aspirants, why not get busy. Popularity is what would give you the needed boost and accusation. Another reminder, I really have nothing at stake in this election except the genuine desire that the best man is elected. We have so much at stake in NBA as it were to gamble.

I hope this would wake some people up and not further turn them to bullies.