Home NBA News NBA Ikeja Chairmanship has Become a Do or Die Affair – ... 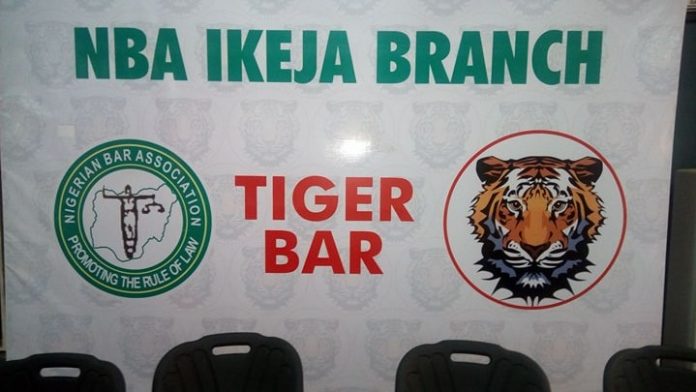 More facts are now emerging on the reason why the Chairman of the Nigerian Bar Association (NBA) Ikeja branch’s hazy letter to Lawal Pedro SAN.

According to Mr. Adejare Kembi, there is a plot by the Elders and Stakeholders of the branch to automatically make Mr. Dele Oloke the next Chairman of the Branch without election.

Below is what Mr. Adejare Kembi wrote:

“Suddenly by reason of my interest in the Chairmanship of Ikeja Bar, I became an Elder and stakeholder qualified to attend a meeting filled with Oloke apologists but presided over jointly by Lawal Pedro SAN and Pastor Dele Adesina SAN.

The meeting which commenced almost an hour behind schedule was said to be a fallout of an earlier one meant to increase the number of SANs in ikeja bar – laudable you will say.

The truth came however when  Lawal Pedro SAN said it is because Ubani,  a leader of G6, Oloke’s sponsors cried out to them that there was an agreement between OGUNLANA and OLOKE that will automatically make Oloke the next Chairman without elections!!!

This position was supported by all the SANs present without exception who cited modified precedents in their support.

Surprisingly, Elder Olatunji, the architect of the accord said there was nothing like that.  To him the agreement they entered into was binding in honor only and is not constitutional. THE AGREEMENT WAS NEVER PRODUCED.

The SANS cried foul. To Tunde Adejuyigbe SAN, what is constitutionality?  After all the branch took benefit. The admonition by Olatunji that the bar never ratified the accord did not matter.

Then Farombi threw a bombshell. OLOKE TOO WAS AN AGREEMENT BREAKER.

Foul!  OLOKE cried. The agreement he violated was worthless, illegal and unconstitutional and thus worth being violated.

The elders became downcast. This admission was unexpected.  And I wonder:-

I further ask myself how they will position the three other contestants for the three election years ahead.

What is the role of the electorate in all of these?

SURPRISINGLY, UBANI THE CONVENER REMAINED SILENT ALL THROUGH

As we celebrate Democracy Day today,  we ought to realize that power really belongs to the people who are the true stakeholders and not leaders who may have no followers.

On the right of the people to elect their leaders at all times do I stand.  This is the surest way to avoid crises.