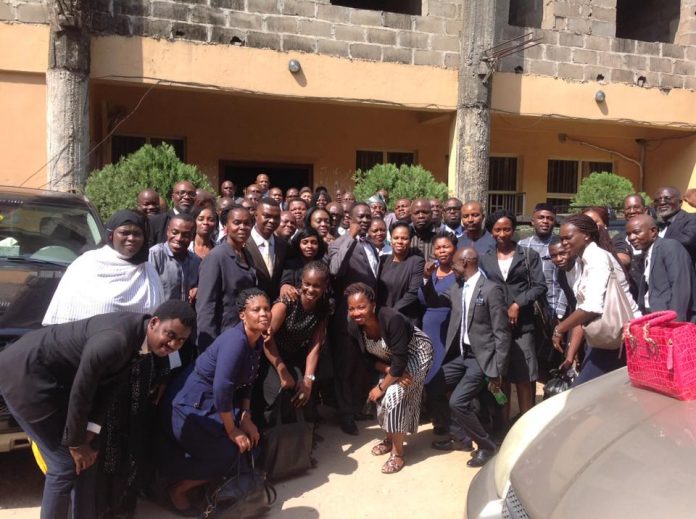 The Nigerian Bar Association Ikeja Branch has reaffirmed its rejection of the purported 50% reduction in the Land Use Charge by Lagos State Government.

The Chairman of the Branch, Mr. Adesina Ogunlana made the announcement after the meeting the emergency meeting of the Branch held on Monday, March 19. According to Mr. Ogunlana, the Branch would hold a press conference to confirm its position in this regard on Wednesday, March 21.

Earlier on, Ogunlana had raised alarm over the attempt by DSS to intrude in the meeting of the Branch and shared the conversation he had with a DSS official thus:

Chairman: Good morning madam, you from the DSS.

DSS LADY: Yes sir, we understand you want to hold a meeting today on this LAND USE CHARGE MATTER

CHAIRMAN: What’s wrong with that?
DSS LADY: Nothing sir, only we want to know whether the meeting will hold and what you want to say.

CHAIRMAN: So you want to attend the meeting?

DSS LADY. Yes sir, after all it’s not a secret meeting.

CHAIRMAN: But are you a lawyer? Are you a member of the Branch?
DSS LADY: I am not but I will like to be a lawyer!

It would be recalled that following a protest by the NBA Ikeja branch, the Lagos State Government announced a 50% reduction in the proposed Land Use Charge. The branch immediately rejected the reduction and insisted that it is reversal or nothing.