The Ikorodu Branch of the Nigerian Bar Association has facilitated the release of about 30 awaiting trial inmates at the Ikorodu Prison. The Branch has adopted a new approach which makes legal representation easy With the result achieved within the short period, the strategy should be considered and adopted by all NBA Branches. We spoke with the Chairman of the Branch Mr. Bayo Akinlade  who explained to us briefly how the new initiative works: 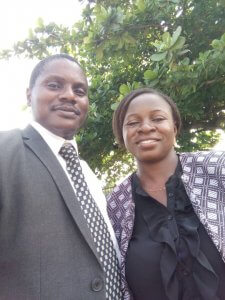 Explain how you came about this approach to prison decongestion

I have always had a problem with the concept of prison decongestion especially with our current approach to it. On the part of the Judiciary, the Hon Chief Judge carries out a yearly exercise of decongesting prisons, this exercise can be done 3 to 4 times in a year but I have discovered that this activities are not enough because it’s the same court that congest it that is decongesting it. Now, other agencies [govt and non government] are doing their best but there is no synergy and no network of organisations in place to monitor and ensure that there is actual results in decongesting the prisons

We have a Human Rights and Probono committee in the Bar Association. This committee is a standing committee headed by the Vice Chairman of any given branch. Because of the situation I have in my branch, I appointed an alternate Chair to head the committee until some internal issues were sorted. Mrs. Odunola Jegede was appointed and we had a conversation about what the committee was to do. She informed me that the committee had met and planned a trip to the prisons to gather information about those who needed lawyers and whose cases deserved some intervention. I told her there and then that it will be a waste of our resources and time, she was shocked about my response.

I then instructed her to organised members of the committee, station at least one of them to sit in each of the 6 magistrate courts in Ikorodu and to appear for any awaiting trial inmate who didn’t have legal representation that day.

So how did you get it to work?

I needed the cooperation of the magistrates, so Mrs Jegede and I discussed the initiative with the Admin Chief Magistrate in Ikorodu who welcomed the idea as it complimented the work of the Office of the Public Defender [OPD].

On the first Thursday that Mrs. Jegede coordinated our members to represent these awaiting trial inmates, 6 of them where released while we got trial dates for another 5 to 6 inmates.

In three weeks, Mrs. Jegede and her team had facilitated the release of over 30 awaiting trial inmates. We even had an inmate that we had to pay his transport fare back to his village and bought him clothes.

How are you FUNDING this Initiative?

This is where we are a bit challenged when we talk about sustainability. Mrs. Jegede and her team of over 10 lawyers have borne the costs on their own. The branch gave the committee a start off fund of N20, 000. which has since been exhausted. We try to provide at least snacks for the lawyers who volunteer every Thursday to take on new cases but we need support from other sources if we are to continue to make an impact.

How effective is your initiative considering that it is only those that are brought to court that you attend to, what about those that they don’t bring to court and those whose courts are not in Ikorodu?

We had considered this in our approach and we can only do what we can. Every 2nd Thursday of every month we hold a general legal aid clinic where families of people detained can inform us; if they have someone in prison. We also expect those inmates we have represented to go back and spread the news in the prisons. We also work with OPD to receive information about inmates who are yet to be presented to court since the OPD go to the prisons as well. We have informed the prison fellowship international to bring to our notice if there are any inmates who are not being brought to court as well.

We are hoping that organisations working within the prison sector can inform us about inmates who have not been presented in court so that we can ensure that they are produced.

For now our intervention is for Ikorodu alone. We encourage all other NBA branches to adopt this initiative, just imagine over 30 inmates released within a month in one Judicial Division, it’s an impressive number.

Some have no faith in Prison Decongestion as it is done now because they say you release one and 4 to 5 more are remanded by the courts that same day, what is your opinion about this?

Notwithstanding, we have taken extra measures to ensure that we reduce the number of criminal cases that are brought before our courts in Ikorodu.

We have just managed to launch the Police Duty Solicitors Scheme which is a scheme that places lawyers in the police stations across Ikorodu to provide free legal intervention within the first 48 hours of arrest. With this scheme we hope to greatly reduce the amount of cases that go to courts. We facilitate police bail and even settlements between the complainant and the suspect.

What kind of cases are you taking on for this service

We take all cases deserving of our attention. Everyone is innocent until proven guilty. Our aim is to ensure that justice is done for the accused and for the victim as well. So we are not out to just release people; but we also care about the victims of crime as well.

Our Human Rights and Probono Committee works closely with other Committees of the Branch such as the Police and other Law Enforcement Committee, the Women and Children with Special Needs Committee, the Ethics and Prevention of Charlatans Committee etc. to ensure that we do justice for everyone