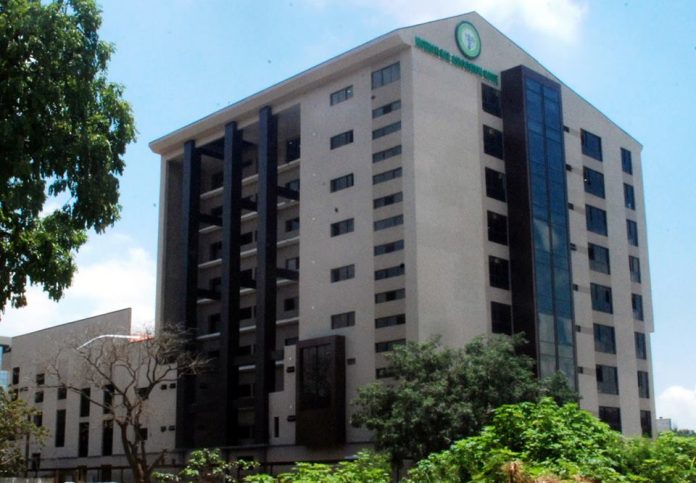 The immediate past National Secretary of the Nigerian Bar Association (NBA) MAzi Afam Osigwe has accused the NBA President A.B Mahmoud of breaking the chain of continuity which led to the successful completion of the NBA National Secretariat by past NBA Leaderships.

Mazi was responding to the President’s comment at the just concluded NBA-NEC meeting in Ilorin that the NBA National Secretariat is not in a fit and habitable condition.

The response is better read:

At the last NEC meeting at Ilorin, the current NBA administration labored to create the false impression that the NBA National Secretariat which was commissioned by Vice President Osinbajo was not in a fit and habitable condition. I have decided to respond to the false allegations in the same way I was compelled to the earlier statement by the current administration on the issue of their failure to pay NBA branches monies due to them.

The original agreed cost of the building was N2.5bn. The OkeyWali, SAN led NBA Administration commenced payments to the original contractor Schuams Nigeria Limited [SNL] who had completed the foundation and basement floors before the administration left office.

At the inception of the Augustine Alegeh, SAN led Administration the contractor SNL requested for a variation of the Contract sum from N2.5bn to N3,035,326,984.76. The Administration refused the request and determined the contract. A Project Management firm, The Building Practice Limited was contracted to supervise the completion works which was then contracted out directly. This drastically reduced the cost of the Project. The total Project completion cost was reduced from N3,035,326,984.76. demanded by the contractor to N1,768,041,818.53. The total cumulative sum of N1,404,209,930.50 was paid out to all the contractors. This sum of N1.7bn is inclusive of the sum of N250,000,000.00 paid by the Okey Wali Administration.

[We can break down the amount paid by each administration in the N1.7bn].

The following issues are pertinent to note

The administration rather than ensure payment to the Electrical contractor who has a subsisting contract, expended the sum of about N150m in purchasing a fairly used transformer as against a brand-new transformer meant for the National Secretariat. The N40m paid for Stamps not supplied remains an unresolved puzzle. More shocking is the Flat rented and furnished for the OUTGOING General Secretary in Abuja the twilight of the current Administration.

The total sum of about N1.5bn was spent on 2017 conference. Huge sums of money  are spent on hotels bills and allowances every month . Over 400m has been spent on foreign trips. In the face of all this huge spending one finds it difficult to understand why not a kobo was paid to the contractors.

The NBA National secretariat has no defects. The claim of defect is fallacious. The Auditorium like most auditoriums and churches requires TV sets to be installed to ensure that persons who are at the back can get a view of what is happening on stage. If one may ask: Why have all the other churches and auditoriums not been pulled down because some people have their views obscured and blocked by columns or Pillars. The claim of a defective auditorium is laughable. The situation with the lift is no different. A solution was proffered but the AB Mahmoud Administration failed to take the advice of professionals.

Finally, it is amazing that an Administration that has operation since inception from the NBA National Secretariat for one year and six months suddenly realized that the building is defective. The only defect in this scenario is clear to see. If the Administration could not add to what was done by its predecessors, then they should enjoy their last days in office and the next Administration will take proper steps to maintain the NBA National Secretariat and restore its place of pride in NBA history.

IACD: Fight Against Corruption Must Not Be Selective or Discriminatory –...