Home NBA News NBA NEC Kano Highlights (1): Why Ban on Campaign Will not be... 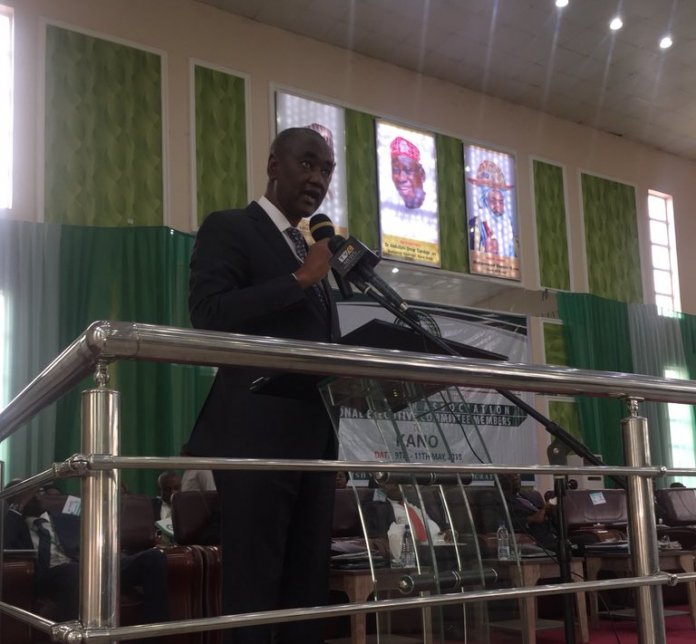 President of the Nigerian Bar Association  Mr. AB Mahmoud SAN has explained why the ban on campaign for the upcoming NBA National Election may not be lifted. He explained that this is to forestall “political party type of campaign”

Mahmoud SAN said this while speaking on the state of the Bar, at the recently concluded National Executive Council Meeting (NEC) of the Nigerian Bar Association (NBA) held at the ancient city of Kano.

While commenting on the NBA general elections coming up in few weeks, Mr. Mahmoud stated:

“As we are aware the process is much underway. We have made our best effort to ensure that our elections regain the character of elections as in other respected bar associations rather than of political parties.”

“We were determined to curtail the political party type campaigns.”

“Therefore the ban of campaigns as we were used to will remain in place only to send the message that our campaigns are not in consonance with our constitutional provisions neither do they promote the good image our association.”

He dispelled the rumours making round that he has a candidate for the election thus:

“I want to assure everyone, that I have no candidate that I am supporting to take over from me as President. Whoever tells you I am, is on his own. My goal is to ensure that we provide a credible framework for our members to exercise their choice freely.”

He also spoke on strategic partnership which is being established with various law societies and bar associations.

“The NBA has continued to build its partnerships with various law societies and bar associations as well as International Development partners across the world. The British Nigeria Law Forum is working with us a strategic partner for the delivery of the NBA Annual Conference this year.”

The preparation for the NBA annual conference is on full steam. I want to thank all our members of the TCCP working hard on this. We are determined to build on the successes of the last Conference. We have extended an invitation to Mr. Barrack Obama former president of the United States to be the keynote speaker, although we have no assurance yet, but there are indications that the invitation is receiving good attention.