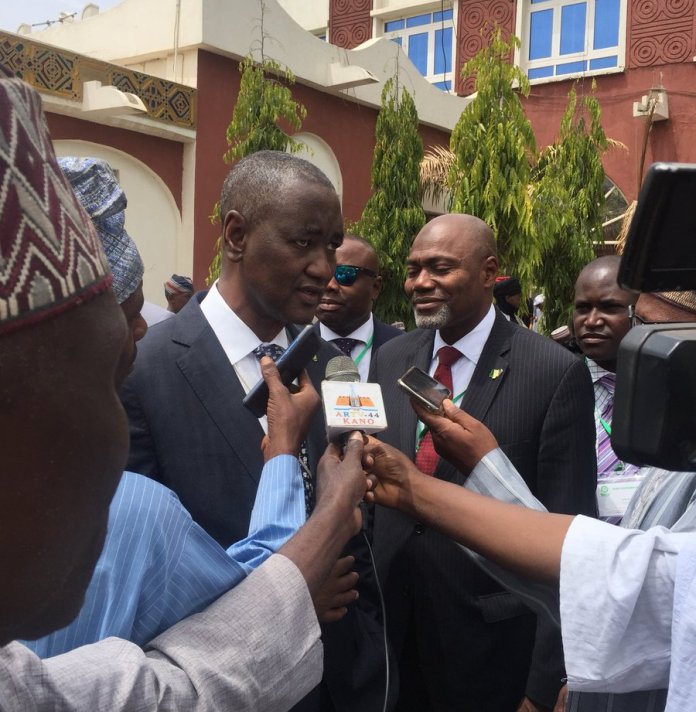 President of the Nigerian Bar Association Mr. AB Mahmoud SAN has said that with the spate of wanton killings in several parts of Nigeria, it would appear that the country is gradually drifting into anarchy.

President Mahmoud was addressing issues on Public Safety and Security, at the recently concluded National Executive Council Meeting (NEC) of the Nigerian Bar Association (NBA) held at the ancient city of Kano.

“We are deeply concerned that the country seems to be drifting into some state of near anarchy in many parts. Indeed, the Nigeria is now being counted as one of the world’s fragile States. We must halt and reverse this drift.”

“It is a matter of great concern that various forms of communal conflicts, banditry and activities of insurgent groups have continued to lead to violence and loss of lives in many parts of the country. On the 1st of May, 2018, over 60 people were reportedly killed in bomb attacks on innocent worshippers in Mubi Adamawa State.”

“On 7th May again, the news broke out of 45 persons killed in Gwaska Village of Birnin Gwari local government area of Kaduna State. In Zamfara State, bandits operate largely unhindered in vast swathes of the countryside. The stories coming out of Zamfara paint a picture of complete absence or near absence of the State institutions in parts of the State.”

“The killings in Benue, Taraba arising from herders/farmers conflict have largely continued in spite of the efforts of the security agencies. The Nigerian Bar Association condemns these killings and calls of Federal and State governments to do all within their powers to bring this carnage to an end.”

The President of the bar calls on the federal government of Nigeria to rise to the occasion to tackle the rising wave of crime and killings in Nigeria. “We also call upon the government to be more proactive in the prevention of these criminal killings rather than taking some reactive measures after the occurrence of the criminal Act of murder.”