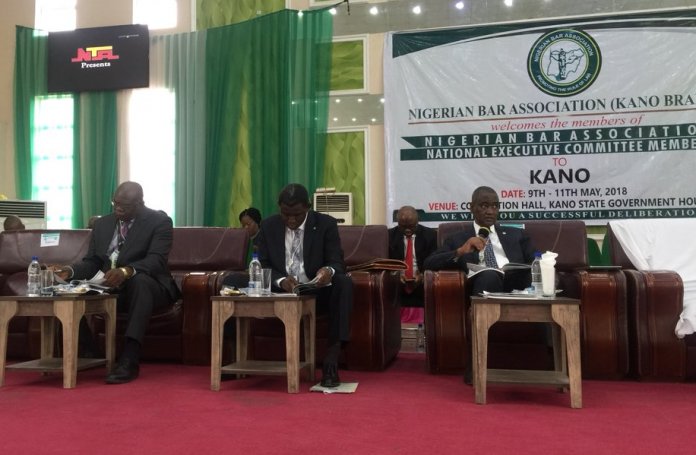 Speaking on the judicial arm of government during the just concluded NBA NEC Meeting, Mr. Mahmoud SAN stated that the refusal of President Buhari to act on the recommendations of the NJC to appoint Justices of the Court of Appeal and Federal High Court six months after, is a constitutional breach.

“Indeed the judicial branch of government has not been spared from this dissonance.”

“More than 6 months after the recommendations by the National Judicial Council for appointment of 13 Justices of the Court of Appeal in November 2017, the President is yet to act on these recommendations.”

He noted that there are similarly, several other recommendations for appointments to the Bench of the Federal High Court and other Federal courts which are still pending many months after these recommendations to the President.

“Acting on the recommendations of the NJC is not a matter of presidential discretion, to be exercised whenever the President deems fit.” He stated.

“It is a constitutional duty. Whilst the President is not bound to accept the recommendations, failure to act is a breach of the Constitution.” Mr. Mahmoud warns.

“I therefore call on the President to act without further delay! This failure to act is causing unnecessary delays and avoidable negative consequences on the administration of justice across the country.”

[Photos] New Look of the Massive Renovation of the NBA Secretariat