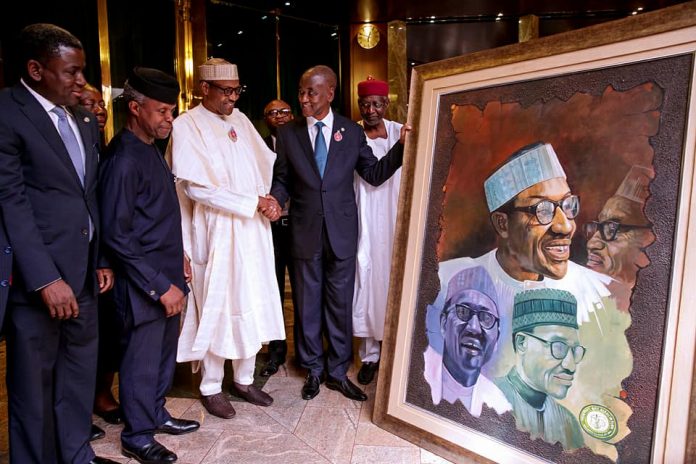 The Nigerian Bar Association has responded to the N500m claim filed by Mr. Oladele Olubakin against the Association and its principal officers.

In its response, NBA stated that there was nothing in the hand over note from their predecessor on the painting. Neither was there any report, document or minutes saying anything about the painting and premised on this, there was reasonable presumption that the painting belonged to the Association since it was in their custody and bore the NBA logo.

Honourable Justice A.I Chikere of the Federal High had adjourned the suit to today for definite hearing after reprimanding the Defendants for not filing their defence timely. However, with the defence before the court, the matter could not proceed to hearing.

At today’s proceeding, Counsel to the Defendants Mr. Chinedu Obienu moved a motion to regularize the defence which was filed out of the stipulated time by the rules of court. Plaintiff’s counsel also indicated that there is need for the Plaintiff to file a reply to the Defence. Teen Sues Father for Refusing to give Marriage Consent