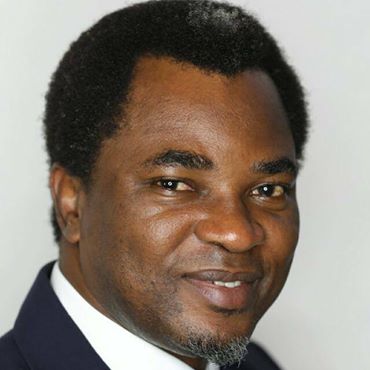 The Welfare Secretary of the Nigerian Bar Association(NBA) Mr. Ade Adegbite has called Oladele Olubakin the alleged owner of the painting presented to President Muhammed Buhari by the NBA an opportunist who is being used to rubbish the NBA leadership and the legal profession.

Here is what he wrote as copied from BarristerNg :

This is not just a nonsensical story but the fellow called Olubakin in my estimation is an opportunist being used be individuals who thrive on controversies and are determined to rubbish not just the present NBA leadership but the profession as a whole. I will do a brief analysis of what transpired and will like to know if NBA leadership has done anything wrong. On the 29th of August, 2016 at our inaugural Exco Meeting in Abuja, we found a giant size portrait of President Muhammadu Buhari resting on the wall of NBA President’s Conference room. The NBA President raised the question to the rest of the Exco members if it was proper to have such a giant portrait of the Country’s President in the NBA Secretariat, particularly in the conference room. It was thereafter resolved by the Exco that it should be moved out. We were later made to believe that it was an artwork presented to the NBA by an artist who is also a lawyer. Back to the presentation of the artwork to President Buhari, on the morning of our courtesy visit to the President on the 21st of December, 2017 when President A. B Mahmoud saw the portrait being packed as a souvenir, he called the attention of the Bar Leaders which included Chief Kanu Agabi SAN, Prof. Ojukwu SAN, S. I Ameh SAN, Arthur Obi SAN, Dr. Garba Tetengi SAN and a host of other senior advocates, the team also included Past General Secretaries namely Ibrahim Mark Esq, Sir Emeka Obegolu and the immediate Past General Secretary, Afam Osigwe Esq, as to the appropriateness of such presentation. The consensus upon consultation was that the portrait should be presented to President Buhari. Now, putting the issue in clearer perspective:
Firstly there was no hand over document from our predecessor in office to show any commitment over the portrait;
Secondly, the fellow did not write any letter or open any form of communication with the Secretariat to state his interest as per the portrait since we assumed office in August 2016;
Thirdly, when he wrote to the NBA as per the portrait through Falana & Falana Chambers, I was privileged to be present where the President directed that the letter be replied stating the position of the NBA and if possible invite the fellow to a meeting.
Fourthly, the letter was written and the meeting eventually held.
Lastly, at the meeting as part of the effort to make peace despite that NBA has no commitment whatsoever to Olubakin, the GS offered to patronize his artworks for the Secretariat use. Surprisingly, rather than appreciate the gesture and the honor of being given the opportunity to hear the NBA position first hand, Olubakin demanded for N200Mn from NBA as compensation.
There are other facts that I left out here for reason of space and the fact that this issue will be dealt with appropriately by the Secretariat, but I believe every objective mind will agree with me that this guy is simply an opportunist who has allowed himself to be used for political purposes. We know the people behind him and their motives. This is a shenanigan that will backfire and must fail. Before closing my submission here, I must mention that the artwork has the NBA logo on it and it was lying in the NBA Secretariat for nearly one year before it was given out as a souvenir. Can someone then in good conscience agree with the headline that NBA stole a portrait? I leave u to make your conclusions. NBA politics must not be dragged to the extent of raising sponsored blackmailers against leadership of the Bar. Lawyers should always evaluate the consequences of their actions.
AA.

It is worthy of note that NBA is yet to issue an official statement on the issue. But we do not know whether these are the right things to be said at this time but we leave you to make your deductions while we seek audience with the parties involved for clarifications.