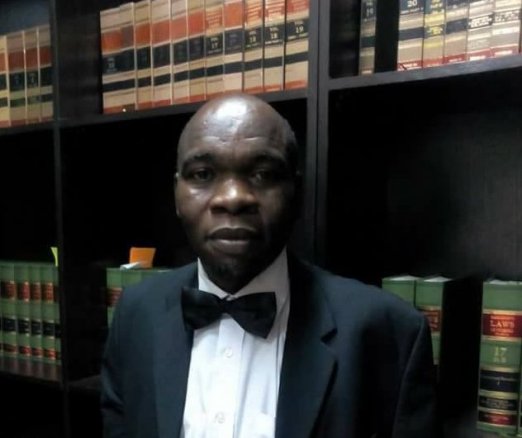 Abdulrasheed Ibrahim is a lawyer, writer and social critic. He writes an open letter to the President of the Nigerian Bar Association.

As the year 2018 is rounding up and the 2019 in sight, we pray the Almighty God, the owner of the universe to allow us all to witness and be part the new Gregorian year. The World does not belong to anyone of us but to the creator of the World. In part of his recent season greetings to all members of the Association, Mr. Paul Usoro , SAN ,the President of the Nigerian Bar Association had this to say:

“…As promised in my inauguration address, we have ensured that we fulfil our promise to entrench transparency and accountability in the affairs of the Association. We have also taken steps and made positive efforts in making the Bar more united and stronger through an all inclusive governance model where every member of the Association is made fully aware of the activities of the Association with good feedback mechanism .We believe that a united Bar will complement our efforts at entrenching the promotion of rule of law and respect for human rights. While we shall continue to count on you support in this regard, we are also receptive to fair criticisms that will move the Bar forward…”

While there is no any need to disagree with the NBA President at the moment, I am always of the view that every citizen with good ideas must be a “special adviser” to those in government on the best way to do things which is what informed the reason why this open letter has become necessary to the Mr. President.

My dear President of the Nigerian Bar Association (NBA), you will recall that during your inauguration address as the new president of our association, you highlighted some of the problems confronting the association and promised to make fundamental reforms. According to your good self in the said address, you declared that:

“Turning to the 2018 NBA National Election, it is common ground amongst everyone that a review of our electoral systems and values is urgently required. In coming weeks, I‘ll constitute a Committee to review and recommend required reforms for and of our electoral processes. Still on our electoral processes, one significant lacuna that came out from the last elections is lack of electronic data in respect of our members. The most difficult and tortuous of the processes during the elections was the electronic capturing of our members’ data and the verification of same .It is rather unfortunate and regrettable that Africa’s pre-eminent Bar Association underwent such pains and pangs as we suffered in the processes of capturing and verifying our membership data. As a matter of urgency, we would set in motion the process for electronically capturing and preserving our membership data, amongst others, for purposes of preventing a repeat of our very unpleasant data capture and verification experience in the last elections. As a complement to the Electoral Review Committee, we’ll also constitute a Constitution Review Committee to look at and recommend required amendments and changes to the NBA Constitution. I qualify this as complementary to the electoral process because, it is most likely that the review of our electoral processes would necessitate a corresponding amendment of our Constitution .Beyond that, however most of the reform programs which we committed to during our campaigns, would most certainly required matching amendments of our Constitution.”

Sir, I have gone this length to remind your eminence of the promise of reforms you made on coming into the office. These reforms are indeed necessary because I am of the view that the NBA political system as we have it today is to some extent undemocratic and discriminatory. If machinery is not put in place to rectify this, our continued claim of having an all inclusive Bar in place will be nothing but a mere hypocrisy. I have in the past once likened the NBA political system to the similarity of what was obtained in the George Orwell’s ANIMAL FARM where it was propounded that : “all animals are equal but some animals are more equal than the others”. The reason for this was that I found it difficult as a lawyer to comprehend a situation where an association of learned people that prides itself as promoting the rule of law would insert in its constitution provisions that are unjustifiable discriminatory.

It is unfortunate that we have an association of learned people whose majority are not well familiar with the contents of its Constitution of the association. When I was disqualified to run for a position as National officer in the last elections on the ground that I was not a NEC member, many members expressed their surprise as to whether that was actually the position in the NBA constitution and my response was in affirmative and that that was what I had wanted to bring to the attention of the members of the Association who care to know. I was not disqualified on the grounds that I did not meet the post year qualification, not on the ground that I did not pay my annual practice fee and branch due as at when due, not because I have never served as branch officer but merely because I was not a member of NEC whose composition I have argued somewhere else is undemocratic. If membership of some NEC members can be democratically justified, I am of the view that of some others cannot be justified particularly those who are co-opted into the NEC without any elections. I decided not go to court to challenge my disqualification even if only to pray the court to declare my disqualification as discriminatory and undemocratic .This is so I because I do not believe in being desperate when seeking for a political office.

Sir, a political system that unjustly disenfranchises majority of its membership from participating in its political affairs cannot be said to be truly democratic. The NBA political system we operate today is not truly democratic except we are trying to deceive ourselves because how comes that lawyers that have the same post years qualification, pay the same amount for bar practicing fee and branch due and equally take part in the activities of the association but only to be discriminated against when it comes to vying for positions as National Officers of the Association. The irony of the system we operate in NBA is that for instance, a Vice Chairman of any branch who is not co-opted to the NEC cannot vie for any substantive position of as National Officer except a position of Assistant substantive National officer. On the other hand, a lawyer who never takes part in any NBA activities even at branch level but by favoritism or nepotism gets co-opted into the NEC stands a better chance than the Vice Chairman earlier referred to.

While I again want to agree with your eminence that the NBA is in need of serious reforms as you enumerated above, the best solution and the way forward is to set up a Committee as you rightly stated above to review some provisions in the present NBA Constitution. The said Committee will do well to call for memorandum, suggestions and recommendations from members of the association with the view to have on the ground a strong and dynamic constitution that will meet the international standard and stand the test of time. If your leadership strives to achieve this, you would have succeeded in bringing the desired revolution into the NBA system. Surely ,your names will continue to be on the positive side of NBA history.

Sir, this is part of my take on how to move the Bar forward. I remain yours sincerely. ‘I will be at the NBA-SPIDEL CONFAB,’ – Rochas Okorocha