Home NBA News NBA-YLF Passes Vote of No Confidence Against Its Leadership, Set to Elect... 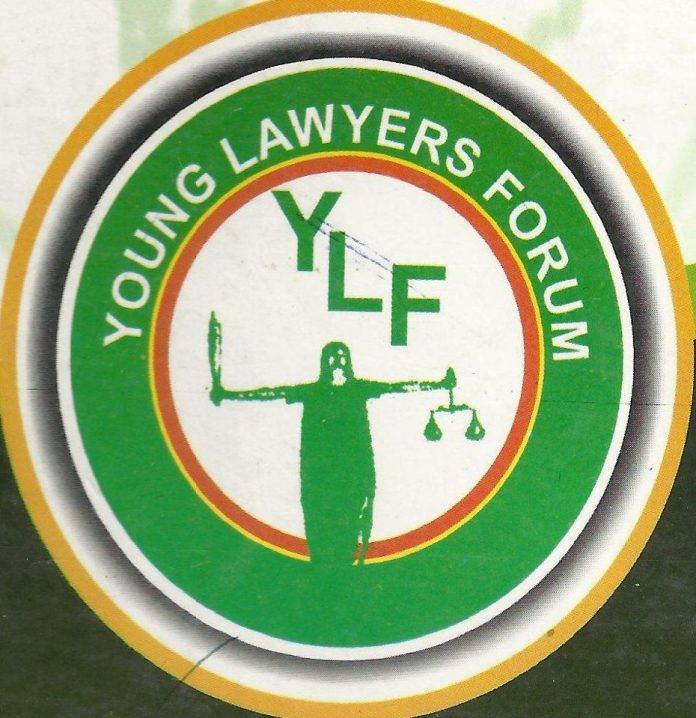 The Young Lawyers Forum of the Nigerian Bar Association has passed a vote of no confidence against its National Leadership over what it calls “embarrassment and disregard by the Wada Ahmed Wada’s Leadership.

The above is contained in a Communique issued after the Annual General Meeting of the Forum which was held on Friday, April 20, 2018 at the Nigerian Law School Auditorium, Lagos State.

According to the Communique, the Annual General Meeting of the Young Lawyers’ Forum was summoned by the Wada Ahmed Wada led governing council and slated for 3pm. The members of the Young Lawyers’ Forum gathered at the venue and waited for about 2 hours without any communication from the Executives or any of the members of the Governing Council as to the position of the AGM. At about 5pm when it became obvious that the Chairman, Wada A. Wada and his team had deliberately boycotted the meeting, the 13 Branch Chairmen present moved that the meeting be called to order.

The members present consequently relied on the provision of Article 17 of the Nigeria Bar Association Uniform Bye Law which empowers the AGM to appoint a member to act in the absence of the Chairman or the Secretary or any member of the Governing Council of the YLF to  convene the AGM after vote to that effect.

Pursuant to the above provision and in strict compliance with the NBA Constitution, the members appointed Charles Ajiboye Chairman of Lagos Branch as the Chairman and Mr. Oghenevwarhe Ohwonohwo, Chairman Efurun Branch as the secretary for the purpose of the meeting. It was also resolved by majority of the members that the meeting proceeded as an AGM.

Following the agenda for the AGM, the members deliberated on the constructional review and agreed that the YLF makes representation to the Constitution review committee, the house deliberated on several areas of concern. Members were also nominated to constitute a committee that will be charged with the responsibility of drawing up a memorandum to be sent to the NBA Constitution Review Committee headed by Mallam Yusuf Ali, SAN, to address issues bothering on the welfare of young lawyers and other areas of concern in the NBA constitution under review.

The following persons were nominated and adopted by the AGM as the members of the committee charged with the responsibilities of drawing up a memorandum and a proposal to be sent to the NBA constitutional review committee within 14days from the day of their appointment. The said appointed members are:

Succession Plan of the Executives:

At the deliberations of the above agenda, Mr. KanuStephen of the Ibadan Branch drew the attention of the AGM to the fact that the tenure of the current leadership of the YLF would lapse at the end of July, 2018 and the need to make provisions for succession in order not to have a vacuum could not be under estimated. The house discussed the need to put the Forum in order and implement the NBA constitutional provision for the election of its leaders.

After its deliberation, the members at the general meeting resolved that:

Vote of No Confidence:

In line with the resolution to pass a Vote of No Confidence, several comments were taken on the embarrassment and disregard by the Chairman, Wada Ahmed Wada and his executives. Actual votes were then taken to formalize the motion wherein an overwhelming majority voted in support of the Vote of No Confidence while only 1 person against it. Having taken the votes, Mr. Kanu Stephen moved a formal motion for the Vote of No Confidence and seconded by Binta Salam of Lagos Branch and a vote of no confidence was thereafter passed. The vote was to the effect that they be sanctioned by the National Executives of the NBA for their irresponsible actions. Rejoinder to the Interview Granted by Mazi Afam Osigwe & Mr....