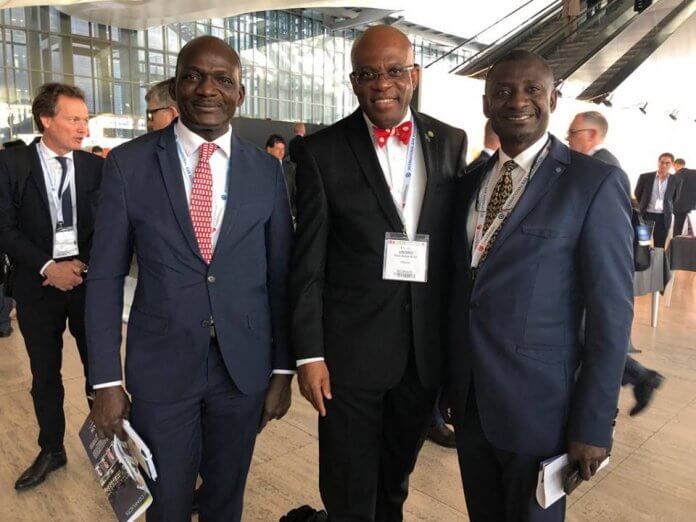 The International Bar Association (IBA) 2018 Annual Conference is currently holding in Rome, the beautiful capital of Italy. The conference will be on from the 7th to the 14th of October, 2018. According Martin Šolc, the President of the IBA, the conference will feature over 200 sessions while there would be exceptional showcase sessions as well as the committee sessions which will offer the unique opportunity to the delegates to interact with experts in identified areas of practice.

While the above is important to delegates at the conference, what has caught my attention, is the Nigerian Bar Association (NBA)’s representation at the 2018 IBA conference. I was expecting to see the usual razzmatazz and the flood gate of photos all over social media showcasing NBA delegates in their numbers. It’s the 3rd day and aside the group photographs taking by the NBA President, his wife Mrs. Mfon Usoro, the General Secretary Mr. Jonathan Taidi and about three other persons whom I am not able to identify, I haven’t seen any other NBA photos. I concluded albeit reluctantly that the only NBA delegates to the conference are the President and the GS.

In one of the numerous lawyers groups, I read in passing that the President sponsored himself to the conference. Well, I waived that aside too. However, I continued to make a mental picture of the millions spent by NBA delegates to conferences of this nature.

Today, my curiosity and search were accurately captured by the past Chairman of the NBA Lagos Branch, Mr. Martins Ogunleye in a piece he titled: “An example worthy of commendation”. In that piece, Mr. Ogunleye wrote:

The NBA, our association, had in recent times had a very large entourage accompanying the President to attend IBA and other international conferences. Surely these jamborees came at a massive cost to the association. For example, in 2016, our association spent N27, 895,938 as expenses for IBA held in Vienna. In 2015, a total of N27, 673,235 in respect of trips to IBA Tokyo, IBA bar leaders summit in Prague, ABA conference in Washington and Commonwealth Lawyers Conference in Glasgow.

To my mind, being favoured to partake in these jamborees had always been a determinant for where some members pledged their support during NBA elections!

Reports filtering in from Rome however suggest that the 29th President of the association may have put an end to these wasteful jamborees by ensuring that no (or minimal) expenses are incurred by the NBA on account of attending IBA Conferences. Indeed, the President paid his own expenses to Rome.

Whilst commending our President for this gesture, I look forward to the NBA channeling more of its funds to assist its branches embark on member oriented institutional and professional development programs.

Confirming the above position, the President himself has openly revealed that the only money spent by the NBA on ‘their road’ to Rome was the sum of N1.5 million contributed to the N3.5 million budget (including registration fees) presented by the General Secretary for his trip. In the President’s words, he stated:

…I can tell you that right away, Ovie. It’s N1.5m which is how much I approved as NBA’s contribution to the N3.5m budget (including registration fees) for the GS’ attendance at the Conference. The GS covered the balance himself.”

What this invariably means is that, the NBA President has confirmed that his trip to Rome was not sponsored by the NBA. It also means that the General Secretary got only N1.5million as subsidy leaving him with the responsibility of paying the balance of N2million of his budget.

ALSO READ   The Lawyer’s Cross: Standardization of Remuneration and Charges for Legal Services in Nigeria

We can only continue to observe as I agree with the majority that it is yet too early to speak so much. For now, I think NBA under the leadership of Mr. Paul Usoro is putting its right foot forward.

Indeed, “no matter where you are on earth … all roads can surely lead to Rome!”

Marital Assault and the Rights of a Nigerian Woman: A Concise...

Law on Hate Speech and Freedom of Expression; A Review