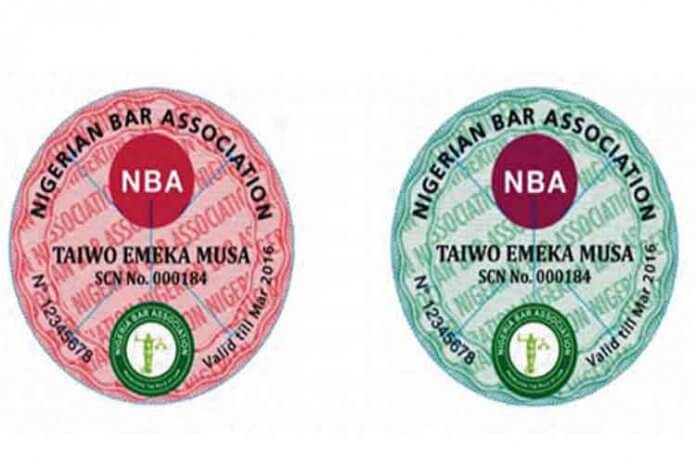 The above remained on paper without corresponding implementation or attempts at ensuring its usage until the Nigerian Bar Association at its National Executive Committee (NEC) meeting of 14th November 2014 where the NBA approved the affixing of stamps and seals on legal documents to be prepared by lawyers. The use of seal has also been validated by pronouncement of court.

In the main, the primary objective of the introduction of stamp and seal for lawyers was to stem the rate at which impostors pose as legal practitioners.

While one must admit that the above development is laudable, there is need to curb the wasteful requirement of affixing more than one seal on a court processes before they are accepted for filing in our Court Registries. For instance, when a Motion is being filed at the Registry, the Court Officials usually insist that the person filing should affix a seal to the Motion and another seal to the Written Address attached to the same Motion. I have complained several times to the Court Officials about this superfluity at the Registry of the Ikeja division of the Lagos High Court that the use of two seals on a motion is irrational. The unanimous response from the Court officials was that they are acting on the directive of the ACR (Assistant Chief Registrar) as mandated by the Nigeria Bar Association.

It is obvious that the use of two seals on a Motion is a wasteful practice. If the essence of a seal is among others to check the incursions of touts and fake lawyers into the profession and to compel practicing lawyers to pay their annual Practicing Fees, affixing one seal on a Motion paper fulfils the above purposes. The mischief has been cured by affixing a seal on the Motion and that same seal should cover other processes accompanying the Motion such as Written Address since it is the same counsel that signs the Motion that equally signs the Written Address. The Rules of Court makes it clear that a Motion is a single document along with the Written Address. The exception to the above is when another counsel deposes to the Affidavit in Support of such Motion, in that case the separate Counsel needs to affix his seal to the Affidavit.

The Court Official’s further justification for this obvious wrong is that the directive is to the effect that lawyers affix their seal on every page where their signature appears on the Motion; that means they will soon require that another seal be affixed to the List of Authorities. This is way off the mark. That invariably implies that if one is filing a fresh matter one will need about five seals to cover every document accompanying the Writ wherein one’s signature appears.

Contrary to this practice, Rule 10(1) of the Rules of Professional Conduct 2007 provides for the use of “A SEAL” per document/process

“A lawyer acting in his capacity as a legal practitioner, legal officer or adviser of any Government department or Ministry of any corporation shall not sign or file A LEGAL DOCUMENT unless there is affixed on any such document A SEAL AND STAMP approved by the Nigerian Bar Association.

Rule 10(2) of the same guideline vividly captures Motions as “application” which requires just a seal.

If indeed the assertion by the High Court of Lagos State Registry Official that the insistence on two seals on a Motion paper as being peddled by the Nigerian Bar Association is anything to go by, it means her manifest intention is to allow members exhaust their 96 seals before March 31 of every year or to make it necessary for lawyers to purchase more than one pack of seals every year. All these are to the undue advantage of the Nigerian Bar Association by generating funds at the detriment of her members.

This official endorsement of wastefulness must stop.

Olumide Olugbenga Ajayi Esq, can be reached via oluyimide@gmail.com

Onagoruwa; The Minister Who Dared Abacha and His Son Was...