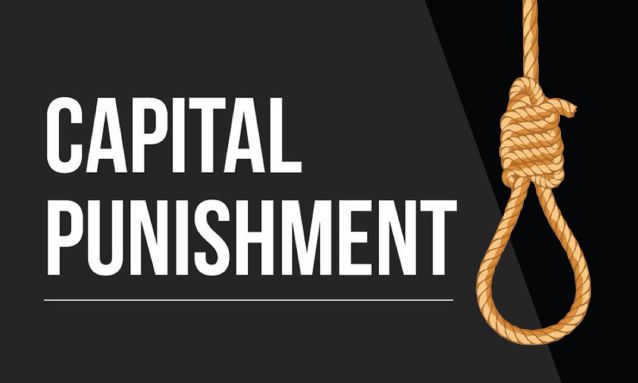 Almost every day in Nigeria, someone is sentenced to death. Many are wrongly condemned or imprisoned due to poor legal services.

It is estimated that about 2,359 condemned prisoners are on death row across the country while about 650 Nigerians are on death row or facing capital charges in China,  Pakistan, Malaysia, Indonesia and Vietnam, most of them for drug offences.

The death penalty, according to experts, has been usually justified on two penological grounds, namely, that of elimination and deterrence.

The experts, made up of professors of Law who gathered recently at a round table on revisiting death penalty in Nigeria, organised by the Nigerian Institute of Advanced Legal Studies (NIALS), said African countries have been pursuing the easiest course, which is the elimination of the offenders from society.

Nonetheless, they mentioned that the pressing reality of the African situation must be posed squarely against the strong demands for the observance of human rights and the development of humane penal policies, for which pre-colonial Africa was well known.

As regards deterrence, the experts said empirical studies on the offences of murder, armed robbery and those of drugs and narcotics have demonstrated clearly that no efficacy could be shown for the operation of the death penalty for those offences.

According to Chino Obiagwu, SAN, national coordinator, Legal Defence & Assistance Project (LEDAP), the dangers of continued use of the death penalty are so grim to be ignored or avoided for political or religious reasons.

Death sentence, in his opinion, is dangerous to the society. “It wrongly teaches that revenge is good justice, when indeed, it promotes sinister circle of violence and bloodshed. There is always a high likelihood that innocent persons may be sentenced and executed, as indeed many who had been executed in the past had pleaded innocence till they were done with the hangman or the firing squad.

“Death sentence does not deter criminality. Severity or harshness of the punishment is not a solution to crime. What deters potential criminals is not the extreme sentence for the offence, but the possibility of being caught and prosecuted.  This is demonstrated in many states in the South-east and South-south regions that introduced death sentence as punishment for the offence of kidnapping. Despite this severe punishment, the offence was still on the rise, with only a handful of the incidents were the culprits arrested and prosecuted,” he said.

Obiagwu also said “When the government kills, it motivates citizens to belittle life and to wrongly pursue revenge as justice.”

Some of the offences that attract the death penalty under the law presently are: murder, treason, treachery, giving false evidence leading to the conviction and execution of an innocent person,  armed robbery, trial by ordeal resulting in death; adultery for a Muslim and allied offences such as incest or rape and aiding the enemy and cowardly behaviour by members of the Armed Forces.

Those who support the retention of the capital punishment said that evil deserves castigation and wrong doing deserves reparation by adequate deprivation and punishment for the wrongdoer.

They said a convicted murderer executed for his crime is at least silenced forever and his execution would have reduced the number of would be murderers on the streets. Once executed, he will certainly not be in a position to kill again.

The constitution, according to them, even as reportedly amended, sanctions the existence of the death penalty in our criminal justice system.

The retentionists say that the statistics being churned out to show the death penalty not serving as a general deterrence are not wholly accurate insofar as they do not address the other variables that presently exist. For instance, socio-economic conditions of the present may be the real explanation of why crimes of violence, e.g. robbery have been on the increase despite the existence of the death penalty for robbery since the early 1970s.

Abolition, according to them could encourage self-help. “The knowledge that a wanton murderer would get only a life sentence with the possibility of state pardon may compel an overzealous police officer or the victim of such an offence to seek revenge outside the law,” they said.

Were the National Assembly to abolish the death penalty by merely legislating it away, the kind of autonomy enjoyed by the federating units in the area of legislation will be further withered away. In particular, this may lead to controversy with the majority of the states in the North seeing it as “killing” the Shari’a through the backdoor- i.e. doing away with the Islamic punishments of murder and adultery.

International trend on the imposition of death penalty reveals that currently, of the 192 countries, more than 140 have abolished the death penalty.

A team of lawyers under the aegis of Brotherhood International Lawyers Fellowship with headquarters in Calabar said sections 175 and 212 of the 1999 Constitution as amended confer the power called Prerogative of Mercy on the president and the governors, whereby they grant pardon to a condemned person or reduce or commute the death sentence to terms of imprisonment.

According to them, by these sections of the constitution, they can help to decongest the prisons populated by death row prison inmates in the country if they regularly exercised the power positively. The “President of Nigeria and state governors should help exercise this power of Prerogative of Mercy to give hope to prisoners who are running their terms. There are instances where prisoners are wrongly condemned or imprisoned. These are those we must look again at their plight. Prerogative of Mercy  can help them regain their freedom and self esteem,” they said.

Barrister Chris Amadike, a Port Harcourt-based lawyer in his paper titled ‘Capital Punishment and the Divine Prerogative of Mercy’, said no person has the right to take the life of another. He quoted Section 33(1) of the 1999 Constitution, to support his assertion.

Another senior lawyer, Justice Ahiakwo Osai, insisted that capital punishment was outdated, maintaining that Nigeria should emulate modern societies to reform its laws.