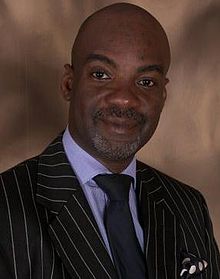 He noted that Nigeria’s membership of the ICC grants it the opportunity to bring Boko Haram terrorists to the World Court, to have them prosecuted but Nigeria would not need to present such cases to the ICC if only it has domesticated the Rome Statute.

“Based on the complementary nature of the jurisdiction of the ICC, Nigeria can by itself, if only it ratifies the Rome Statute and domesticate it within its own law.

“In other words, if the Rome Statute and the International Crimes become domesticated within our laws, we will then be able to prosecute these sorts of atrocities within our local jurisdiction,” he said.

Adeogun-Philips stressed that ICC was not designed to be a watchdog or serve as the “world policeman.”

“It relies very heavily on the cooperation of members states to be able to carry out its functions,” he added.

According to the ICC Prosecutor, the important thing is for the Nigerian government to develop International Criminal Law in the domestic jurisdiction so that it can prosecute those crimes within its own jurisdiction without necessarily referring them to The Hague.

Our Decision Final No Matter How Anybody Feels – Supreme Court:

Why Atiku Couldn’t Come – A Legal Review by Hussaini Hussaini