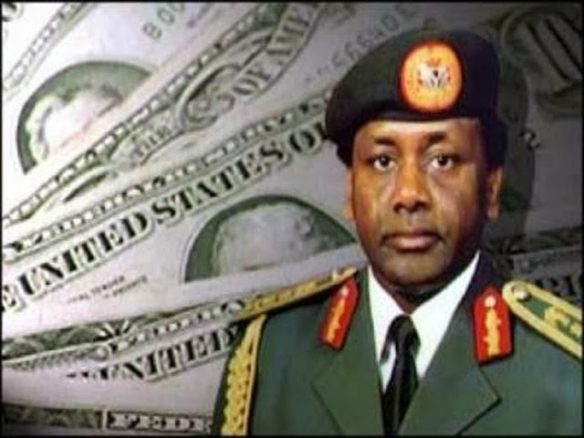 Nigerian lawyers freshly engaged by the Federal Government to assist with the repatriation of $321 million stolen by Sani Abacha, former military ruler, will be paid $17 million (over N6 billion) for their services.

This amount, according to online portal, TheCable, is nearly thrice what was already paid to Swiss lawyer, Enrico Monfrini, for the same job which he was yet to complete before Nigeria mysteriously decided to engage the services of another set of lawyers.

Attorney-General of the Federation and Minister of Justice, Abubakar Malami, suddenly appointed Oladipo Okpeseyi, SAN, and Temitope Isaac Adebayo, in 2016 apparently to duplicate the job of the Swiss lawyer.

Incidentally, Okpeseyi and Adebayo were lawyers to the Congress for Progressive Change, CPC, the legacy party of President Muhammadu Buhari, while Malami was legal adviser to the party.

“We understand the new lawyers are going to be paid $17 million but we are monitoring the situation closely.

“If a case of duplication is established, there will be consequences. This government takes the anti-graft war as a priority, as you well know, and this particular transaction is of interest to us,” an official of the Economic and Financial Crimes Commission, EFCC, said.

Monfrini was initially engaged by the Federal Government in 2000 and has worked in the recoveries since then.

The Federal Government had, between 2013 and 2014, used the services of the Swiss lawyer to recover the funds in Luxembourg.

The monies were then domiciled with the Attorney-General of Switzerland, awaiting onward transfer to Nigeria under a strict agreement to avoid “misappropriation” as was the allegation about previous recoveries.

In documents seen by the online portal, the Swiss lawyer was given briefs and payment terms to cover the entire recovery process, up to the return of the monies to Nigeria.

Under the agreement, Nigeria undertook to pay 4% of the recovered Luxemburg assets as professional fees and expenses to Monfrini, in addition to roughly $6.8 million in fees for the $250 million Liechtenstein recoveries.

Working with Mohammed Bello Adoke, who was Nigeria’s attorney-general at the time, the lawyer traced about $321 million worth of Abacha loot to Luxembourg which was recovered.

The Federal Government did not repatriate the funds until Jonathan left power in 2015.

However, a letter of intent was signed by Nigeria and Switzerland in March 2016 under the new Attorney-General to ensure the restitution.

Malami and Didier Burkhalter, Swiss Foreign Minister, signed the document on behalf of both governments.