Home Foreign Jurisdiction Nigerian who Shot a Judge, Sentenced to Life in Prison 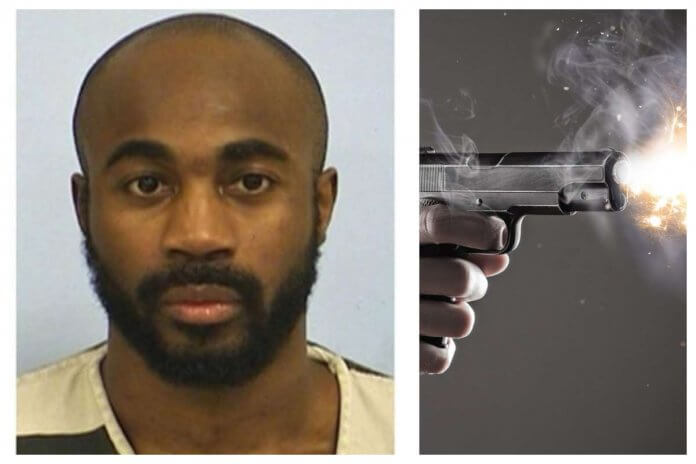 A 31-year-old Nigerian man, Chimene Onyeri, will spend the rest of his life in federal prison and will pay restitution of $178,374.41 for his financial crimes, U.S. District Judge, Lee Yeakel, said, on Tuesday, in downtown Austin.

Kocurek was in the courtroom both days of the sentencing phase. She is relieved and feels at peace at this time.

Onyeri admitted to shooting Kocurek in the driveway of her home after her family returned from a Friday night high school football game. But, he denies attempting to kill, or even injure her. He previously testified he only wanted to scare her.

U.S. District Judge Lee Yeakel disagreed, saying based on the ammunition and weapon he used, Onyeri had the intent to kill. He said a life sentence would protect the public from future crimes.

Throughout the month-long trial this past spring, jurors were presented with 840 government exhibits, 75 jail phone calls, 300 images, 33 undercover recordings and 36 videos. Onyeri was the only witness to testify on the defense’s behalf.

They also heard an emotional recording from her then-15-year-old son who called 911 the night of the shooting and viewed graphic images of her wounds and recovery process.

Kocurek said some of the testimony and evidence was hard to see, but it was another reminder of how far she’s come since being shot.

“If you didn’t admire her before, you admire her now,” one juror told KXAN after the sentencing. The jurors said during the trial, they were heavily guarded with security given the dangerous nature of the crimes Onyeri was ultimately convicted of.” The jurors asked to remain anonymous.

Four jurors were also back in the courtroom Tuesday, this time sitting in the same row as Kocurek instead of the jury box. They said they wanted to come back for sentencing to get closure for the trial that consumed this past April.

Two of the jurors said they were glad Yeakel determined the sentence, but that they were confident in their verdict.

A juror said they determined their verdict on those 16 charges before considering a 17th charge against Onyeri. He was also found guilty of violating the Racketeering Influenced Corrupt Organization statute – a fraud and racketeering scheme that involved the attempted capital murder Kocurek.

Two of Onyeri’s co-conspirators, Marcellus Antoine Burgin, 28, and Rasul Kareem Scott, 26, testified against Onyeri earlier this year. Both pled guilty to a Racketeering Influenced Corrupt Organization conspiracy charge and will be sentenced on Nov. 13.

Before Kocurek was shot, Onyeri was wanted in Travis County for violating his probation in connection to a case in Kocurek’s courtroom. Prosecutors say he tried to kill the judge because he thought she was going to revoke his probation and felt as if his racketeering enterprise was threatened.

During sentencing, Yeakel said both sides agreed the attempt to take Kocurek’s life was the driving factor in sentencing. Calling Onyeri’s actions “careful and methodical,” Yeakel said he stalked and plotted to kill the judge because she was a threat to his lifestyle.

He also said Onyeri’s attack of a judge “strikes at the heart” of government. Still, Kocurek said she has not let it affect her work in her own courtroom.

“It really has given me the closure I needed to hear everything [at trial],” Kocurek said.

“But it has made me live a lot safer and it has helped all of the judges in the state of Texas live their lives safer, too, because I’ve shared with them details of this case, so that they can learn from my experience.”

Two years and 11 months after the shooting, Kocurek said she feels blessed to be able to move on.

“I’m thankful every day to be given a chance at life again,” Kocurek said. “Forgiveness is a process. Some days I think I’m there. Others, you know, it’s a hard process.”