The Appellant and four (4) other accused persons were arraigned before the Lagos State High Court by the Economic and Financial Crimes Commission (EFCC) and charged for the offences of obtaining properties by false pretences contrary to section 1 of the Advance Fee Fraud and Other fraud Related Offences Act, 2006, conspiracy to forge documents, forgery, and uttering of false documents contrary to sections 516, 467(3)(c) and 468 respectively  of the Criminal Code, Cap. C 17, Vol. 2, Laws of Lagos State of Nigeria, 2003. The appellant and the co-accused persons pleaded not guilty to the charge.

In proof of its case, the prosecution called twelve (12) witnesses and tendered seventy-one (71) documents which were admitted in evidence.

At the close of the prosecution’s case, the Appellant and other accused persons made a no case submission. Arguing the no case submission, the Appellant and the other accused persons contended that the prosecution failed to establish a prima facie case against them. They also raised the issue of jurisdiction, contending that be virtue of the provisions of section 251(1) of the 1999 Constitution, sections 1, 2 and 19 of the Admiralty Jurisdiction Act. 1991 and section 8 of the Federal High Court Act, the High Court of Lagos State did not have the requisite jurisdiction to entertain the case as it related to admiralty matters.

The Trial Court while ruling on the application, struck down suo motu the provision of the section 19 of the Admiralty Jurisdiction Act, 1991 without calling on the parties to address it on same. It held that it had the requisite jurisdiction to entertain the case.

Aggrieved by the ruling of the trial Court, the Appellant appealed to the Court of Appeal. In its Judgment, the Court of Appeal found that the Trial Court violated the principles of fair hearing by striking down the provision of section 19 of the Admiralty Jurisdiction Act, 1991 without calling on parties to address it on same. It then set aside that part of the ruling which it held breached the Appellant’s right to fair hearing but declined to set aside the entire ruling of the Trial Court.

Still aggrieved, the Appellant appealed to the Supreme Court.

It is not the function of any court to raise suo motu issues not canvassed in the written brief or oral arguments of counsel before the court to which counsel were not asked to address it on.

On Whether court can raise and decide issues suo motu –

ALSO READ   The Banker and the Maiden: A True Story of Passion and Pain - by Onigegewura

“In the instant appeal, it is not in dispute that in the course of ruling on a no case submission, the Learned Trial Judge suo motu struck down the provisions of section 19 of the Admiralty Jurisdiction Act (AJA). The issue of whether or not section 19 of the AJA was inconsistent with any of the provisions of the 1999 Constitution, particularly section 251(1) & (3) thereof was not raised by either of the parties. The contention of the Defendants at the Trial Court was simply that the High Court of Lagos State lacked jurisdiction to entertain the matter having regard to the provisions of sections 251(1) (a), (g), (n), (3), 272(1) of the 1999 Constitution; Sections 1(2) & 19 of the AJA and section8 of the Federal High Court Act. It was their contention that the subject matter of the offences with which they were charged under Section 1 of the Advance Fee Fraud and Other Related Offences Act, 2006 and the Criminal Code, Cap, C. 17, Laws of Lagos State of Nigeria, 2003, related to admiralty matters in respect of which the Federal High Court in their view, has exclusive jurisdiction. The legality of section 19 of the AJA did not arise”

On Duty on court where it raises issue suo motu –

Where a court raises an issue suo motu, the parties must be afforded the opportunity of offering arguments on it. A violation of this canon is an invasion of the right to fair hearing. It has actually been elevated to a miscarriage of justice.

On Duty on court where it raises issue suo motu –

When a court for any compelling reason, finds it necessary, and particularly in the interest of justice to raise a point or issue suo motu, the parties must be given an opportunity to be heard on such a point or issue. This rule applies even with greater force in favour of the party that would be prejudiced as a result of the point raised without the prompting of any of the litigants in the case. An infraction of the role of hearing out parties on an issue raised suo motu by the court amounts to it flagrant breach or the aggrieved party’s right to fair hearing as entrenched in the Constitution. It equiponderates to a miscarriage of justice.

Protesting Cross River Magistrates: Dear Governor, Do Not Muzzle An Ox To Keep It From Eating As It Treads Out The Grain Because Those... 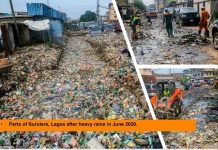 The Effective Control and Management of Plastic Waste in Nigeria 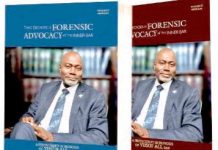