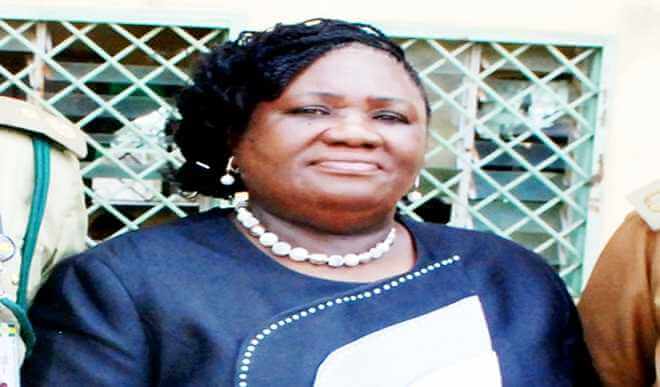 Mrs Joy Bob- Manuel, the Director General, Legal Aid Council of Nigeria (LACON), has appealed to lawyers to offer free legal services to the indigent, who could not afford to secure the services of legal practitioners.

Bob- Manuel said that free legal services, also known as pro bono, would also boost government’s efforts to decongest the prisons, as poor defendants would now have access to lawyers to defend them.

The term pro bono is a Latin phrase that means `for the public good`. It is a term used to describe the rendering of free legal services by lawyers to indigent persons.

Bob- Manuel, who spoke in an interview, stressed the need for lawyers to offer free legal services to the poor, as it was a way of giving back to the society.

She said that though the LACON has the mandate to provide free legal services to the indigent, it lacked the manpower to effectively cover the country.

LACON was established by Decree No. 56 of 1976, now Legal Aid Act, 2011, with the mandate to provide free legal representation, assistance and advice to indigent Nigerians.

According to Bob-Manuel: ”To be a lawyer for whatever background is a privilege, and therefore we must carry the poor along.

”That is the main reason behind pro bono, giving back to the society what society have given you through service to those in need of it.”

She said that the Council in 2017 signed a Memorandum of Understanding (MoU), with the Nigerian Bar Association(NBA), to strengthen pro bono.

”We are both determined to help, where we don’t have the number, they (NBA) have and we both have decided to give this service to the poor.“

Bob-Manuel said that since the signing of the MoU, “reports from the states showed a great improvement.’’

She added that the collaboration was easy, because the NBA already has a Human Rights Desk.

”This move is like a renewed call, and we also acknowledge that there have always been a relationship between the NBA and LACON.’’

Bob-Manuel appealed to the media to help the Council create awareness that could help indigent ones come forward for pro bono services.

Besides the MoU, NBA signed with LACON to boost pro bono, it also signed a similar one with
Justice Research Institute, a non-governmental organisation.

The objective was the same- to promote free legal services in the country.

The NBA President, Mr Abubakar Mahmoud (SAN), who signed on behalf of the association, said that encouraging pro bono services was a strong strategy in rebuilding confidence in the legal provision.

“We have in the last year and a half, pursued aggressive public interest engagements in a number of areas and so this entirely falls within that broad framework.’’

Mahmoud, at another forum, pledged his support for pro bono services, noting that it would greatly decongest prisons and help reform the judicial system.

He said that NBA was ever willing to partner relevant stakeholders to deliver on pro bono legal services across the country.

He said that one of the criteria for considering candidates for Senior Advocates of Nigeria, was contributions made directly or indirectly in the areas of promoting pro bono legal services.

Mr Ikem Isiekwena, Executive Director, Justice Research Institute, said that the MoU was signed to address inequalities and ignorance of Nigerians on their rights.

“We live in demanding times with an increasing population and a significant number of the populace impoverished, who also do not know their rights or how to access these rights.

“So we can only expect that the interaction within this space will lead to the need to protect rights where there are obvious violations.”

According to Isiekwena, the objective is to deepen pro bono practice within the legal profession across Nigeria.

This he said was by establishing a system that leveraged private sector resources to help increase access to legal resources for more disadvantaged individuals and groups.

Some Abuja-based lawyers who spoke in separate interviews, expressed their willingness to offer free legal services if it would guarantee somebody’s freedom.

Mrs Chioma Anusiem said that curbing injustice completely would be an uphill task, but that offering free legal services was a way of minimising the effects of injustice in the society.

Mr Femi Babatunde said that every lawyer should offer pro bono legal services considering the extent some influential people in society could go, to oppress the less privileged.

According to him, there are several cases where innocent people languish in detention because they have no legal representation.

“I offer free legal services, not because I want recognition from the NBA, but because I am a Catholic, and the Catholic Church harps a lot on charity work, so I do it as charity.”

Ms Patricia Agbo said that she was not averse to pro bono legal services, particularly if it was for a good cause.

“For a good cause, I will gladly take on pro bono cases, particularly a situation where my services will ensure freedom for someone.