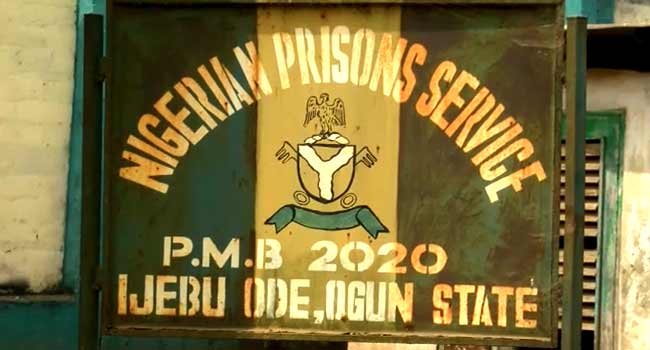 The inmates were set free by the Chief Judge of the state, Mrs Mosunmola Dipeolu, who visited the prisons in Ijebu Ode and Sagamu towns of the state on Wednesday.

Justice Dipeolu, however, warned those who regained freedom to be good ambassadors of their family and the state in general.

She explained that the development was aimed at improved justice delivery in Ogun and part of measures to decongest prisons in the state.

Some of the persons freed after the documentation and review of the level of the crime they committed were those awaiting trials for a long time.

One of them was a 45-year-old father of five, Oluwatosin Seriki, who was charged with robbery and had been awaiting trial since 2011.

The Chief Judge, thereafter, warned the residents of the state against stigmatising the freed persons.

She further announced that the state government would establish courts at various prisons across the state.

Justice Dipeolu explained that this would ensure effective dispensation of justice, quality service delivery, and decongestion of prisons in the state.

She was accompanied on the visit by the Director of Public Prosecution, as well as some judges and magistrates in the Ogun.