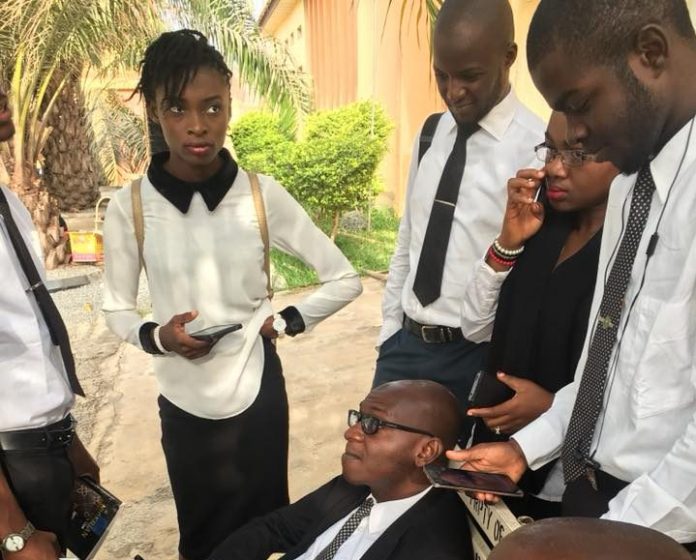 This NBA election online polls has really become popular for the very wrong reasons. shortly after we saw a post by Mr. Isah Abubakar disowning the so called “preferred candidate polls, Che Oyinatumba has also taken to his blog “The Periscope” this time to warns NBA to restore sanity in the system by issuing a well, unequivocally worded letter to all “wanna be” aspirants to stem the abuse of Social Media before it is too late

A well, unequivocally worded letter to all wanna be aspirants, from NBA Secretariat, communicated to all branches, will stem this tide of rascality and abuse of Social Media.

I may be called an alarmist or some will say I am panicking because other candidates are getting close to my candidate.

Opinion is like a goatskin bag, every man carries his own but you cannot fault these facts;

This engaging of non lawyers to vote, is a big shame and bringing the profession to disrepute. I hope all involved in this ignoble act, will not complain, when his non lawyer friends disrespect lawyers or DPO slaps one of us?
Touting for votes, only enriched the owner of that site; I hope someone had sat down to compute how much traffic this illegal mock voting has generated and the corresponding money, the owner is scamming lawyers of?

We are bringing home ant infested wood of disrepute, disservice to NBA and surely, lizards must visit us and when they leave, NBA will have scars all over.
Ahead of Ilorin NBA NEC meeting, I appeal to NEC to seriously look into the nuisance this online campaigning for NBA election has become. We cannot because of election, throw decorum, nobility and truth to the dogs.

Most supporters I had spoken to, plead guilty to the extent that they merely respond to other people’s promotion of their candidate. Or do I want them to be in the stream and soap will enter their eyes?

In the absence of sanctions, it becomes free for all and nobody wants to be stampeded because he is upholding standard. Being Machiavellian, one is forced to reason that it is immoral to be moral in an immoral society and the end justifies the means.

NBA must restore sanity now, before it is too late.

A well, unequivocally worded letter to all wanna be aspirants, from NBA Secretariat, communicated to all branches, will stem this tide of rascality and abuse of Social Media. NBA 2020 Conference: ” I Feel Privileged to Lead this Pioneer...