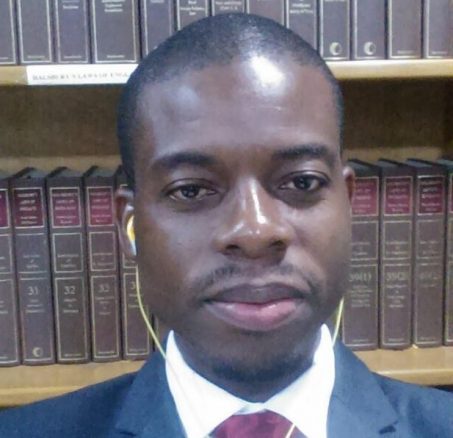 Lagos Lawyer Mr. Stephen Agbada has expressed disappointment over the A.B Mahmoud SAN’s led administration of the Nigerian Bar Association. Mr. Agbada in an open letter addressed to the President stated that the feeling of nobility which should ordinarily entail one’s membership of the NBA is gradually transforming into shame because of the negative perception the public now holds of the profession.

Mr. Agbada’s letter highlighted many ills of the society which the NBA failed to address nothing that the administration has failed to show an bravery contrary to its Brave New Bar mantra

“POLICE BRUTALITY, THE RULE OF LAW AND THE SILENCE OF THE NIGERIAN BAR ASSOCIATION

I write to you as a lawyer who once had a conviction in the ability of the Nigerian Bar Association (NBA) over which you have presided in the last two years, to defend and promote the rule of law, publicly disclaim and deprecate impunity with consistency and to fervently demand justice for victims of human rights violations. In other words, I had believed that the NBA will be the bastion of the rule of law and the voice of the voiceless. I also believe I do not bear this expectation of altruism and activism from the NBA alone; I am only one of the many lawyers and citizens of this country who had looked up to the NBA to stem this unbridled spiral to lawlessness.

But not long after my call to the Nigerian Bar and consequent membership of the NBA in 2015, I was confronted with the painful reality that my expectations may have been merely idealistic and illusory. I saw an NBA that was not only docile in the face of impunity but also complicit in the abuse of the rule of law.  This was a depressing realization in the face of the incessant brutality of our security agencies, particularly the Nigeria Police against innocent and defenceless citizens and the systemic neglect of the rule of law by our political office holders.

Sir, you will agree with me that the perennial neglect of the NBA of one of its key objectives, that is, the promotion and defence of the rule of law and the fundamental rights and freedoms of Nigerians, has contributed largely to the culture of impunity that pervades our public institutions, and has eroded the democratic ideals fairness, justice and accountability in the country. But this anomalous state of affairs in the country also provides the NBA a golden opportunity to blaze the trail in the demand and restoration of a bit of sanity in the polity; it is an opportunity to inspire and rebuild confidence in the citizenry and reclaim the pride of place of the NBA. However, the NBA has rather than redeem its image, continued to recoil into cowardice and obscurity in national affairs with its demonstrated apathy. Today, the society has not only lost faith in the NBA, but also perceive lawyers as the major problem of this country, and relate with lawyers with scorn, derision and contempt. The feeling of nobility which should ordinarily entail one’s membership of the profession is gradually transforming into SHAME because of the negative perception the public now holds of us; a perception we reinforce and justify with our actions and inaction.

I do not believe that the NBA should be aloof from the rest of society. I rather believe that due to the revered (or once revered) position of the NBA and its sacred objective to promote and defend the rule of law and fundamental rights and freedoms, the NBA bears a greater chunk of the burden in demanding for accountability from those in positions of power. However, the sad reality is that the NBA has receded to the margins and now turn a blind eye to the gruesome acts of our institutions, particularly, the Police against defenceless Nigerians. I know you know that the Police is now as much a threat to the lives, security and liberties of Nigerians as the criminals who are not on uniform. Well, pardon me if I assumed wrongly because privilege can sometimes ensconce one from the pains of ordinary people. But even if you are unaware of the daily brutality of our security agencies against ordinary Nigerians, I am convinced that you are well abreast of the new trend of that brutality against lawyers, some of whom are messed up in the course of their legitimate duties for their clients. Yes, lawyers are the latest victims of police brutality. The men in uniform seem to be bolstered by the fact that seldom would they be held to account for their crude and lawless conducts against lawyers and other Nigerians. Curiously, even when the impunity has been taken to the doorstep of the NBA, we only hear you loud in silence.

Sir, needless to say that police brutality against Nigerians is only one variant of impunity that has continued to undermine the rule of law. Executive lawlessness in several other styles such as the brazen disobedience of court orders and invasion of court premises by political parties and politicians have also assumed a crescendo. But in a rather characteristic fashion, the NBA under your leadership turns a blind eye.

Sir, may I say that in addition to my general faith in the Bar, I had particularly reposed confidence in your leadership to meet the legitimate expectations of lawyers and the general public, especially given your ride to power on the mantra of “A BRAVE NEW BAR”. Ironically, since you took up the mantle in 2016 till this date, lawyers and Nigerians are still looking to see the bravery in the “Brave New Bar”. Disappointingly, we did not see bravery. What we saw throughout your time in office is the opposite of bravery in the NBA.

Well, you are already on your way out and there is nothing more to expect from you other than to have a peaceful transition. But as you hand over the mantle to the next president, always remember that the NBA under your watch had such a parlous score on the defence of the rule of law and advocacy against impunity of our security agencies and public institutions in general.

I wish you the best in your future endeavours and hope that the NBA will have a man with the courage to confront impunity as your successor.”