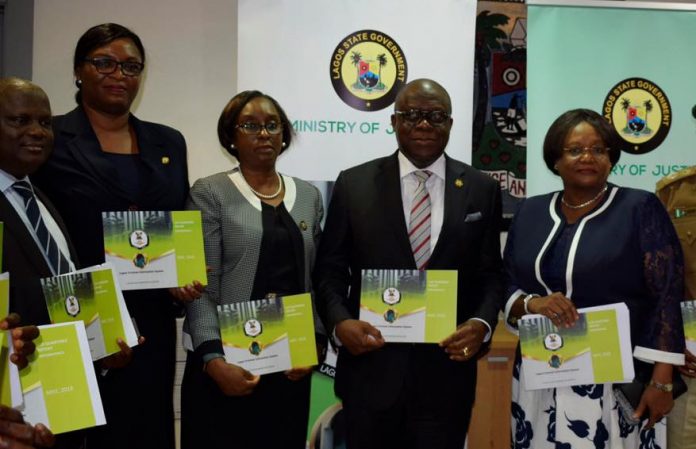 The newly-inaugurated Lagos Criminal Information System, LCIS, an electronic system for tracking and capturing biometric details of suspects and offenders, has revealed that over 100 inmates of Lagos prisons have mental illness and HIV/AIDS.

LCIS equally disclosed that 6,027 inmates, representing over 90 percent in prisons facility, are within the age range of 18 to 49 years.

At the presentation of the LCIS to stakeholders of Criminal Justice Administration by the state’s Attorney General, Mr. Adeniji Kazeem in Alausa, Ikeja, the commissioner noted that the existence of 71 juveniles in the custody of the five prison facilities in the state is worrisome.

Bloated He revealed that while the total capacity of the five prisons in the state was 4,087, they currently accommodate over 8,500, with Kirikiri Medium Prison accounting for 3,294 inmates, while I,887, 1,600, 516 and 205 inmates are in Ikoyi, Maximum, Badagry and Women Prisons, respectively.

The in-house technical partner and researcher of the Ministry of Justice, Mr. Musibay Famuyiwa, who took stakeholders through how the LCIS works, disclosed that extracts and information generated from data obtained from the prisons, revealed that over 90 percent of the inmates are within the age of 18 and 49 years, considered as productive population; 76 percent awaiting trials, while 80 percent have no legal representation.

He said while 32 percent of domestic and sexual offences are rape cases, 30 percent are defilement, while 15 percent accounted for sexual assaults.

The Chief Judge of Lagos State, Justice Opeyemi Oke, who was represented by Justice Doris Okuwobi, described LCIS “as a laudable initiative that is forward looking.”