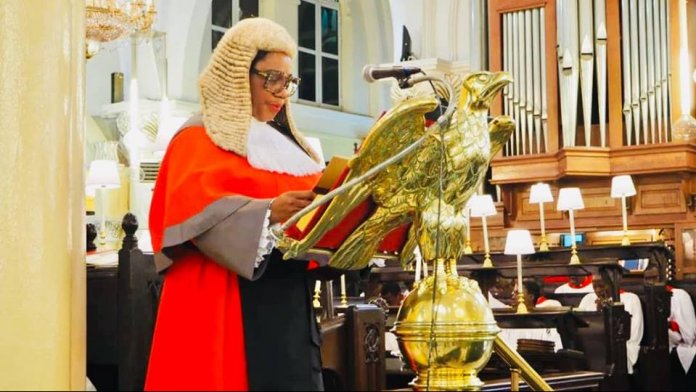 The Chief Judge of Lagos State, Justice Opeyemi Oke, yesterday disclosed that a total of 23,900 cases were treated by the Lagos State judiciary between October 2017 and September this year.

The Chief Judge made disclosure at the special church service to mark the beginning of 2018/2019 Legal Year in the Lagos State.

According to the Chief Judge,  the backlog elimination programme aimed at getting rid of old cases was part of the means devised by the state judiciary to conquer the challenge of backlog cases.

While reeling out the achievements of her administration, Oke stated that creation of two new divisions of the High Court, Economic/Financial Crimes division and Sexual Offences and Domestic Violence Division were some of the measures put in place to move the judiciary forward.

“To ensure that our prison is adequately decongested, we embarked on series of prison visits at the various prisons in Lagos state.”

However, Lagos State Governor, Akinwunmi Ambode, while congratulating the state Judiciary for the new legal year, pledged further support for the judiciary.

The governor said: “As we begin another judicial year, I assure you of my continued support and partnership.

“Our administration recognises the separate but interwoven roles of the three arms of government, and part of our commitment to a lawful and orderly society is to respect those constitutionally defined limits. This, we have always done.

“One of the cardinal policies of our government has always been the enthronement of law and order. Today, I stand a happy man knowing we delivered on those promises.

“The increased workload and the number of cases in our courts necessitated the appointment of more judges and magistrates.”

Also speaking, the Bishop of Lagos, Church of Nigeria (Anglican Communion), Dr. Humphrey Bamisebi Olumakaiye  in a short sermon titled, The Unchanging God In A Changing Times, admonished the judiciary to follow the path of truth, justice and righteousness.

Olumakaiye further admonished the judges as well as other judiciary staff not to depart from the path of integrity and discipline.

Representing the Governor at the service held at the Lagos Central Mosque, the deputy governor,  Dr.Idiat Adebule, emphasised that Lagos Judiciary must continue to be in the forefront of judicial reforms in order to meet the expectations of the modern day justice sector.

JUSUN Workers in Rivers to Forfeit One Week Pay