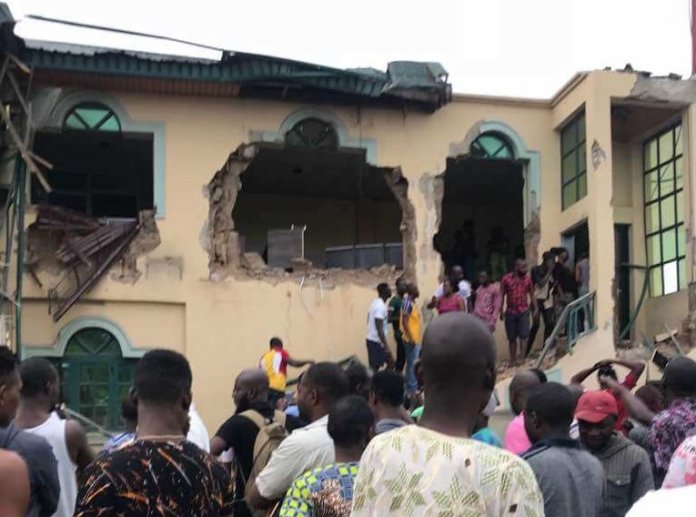 The Oyo state government on Sunday lived up to its threat by demolishing the Music House, a building owned by a popular Juju musician, Yinka Ayefele, in the early hours of the day.

The building which is located along Challenge Toll Gate ExpressWay which houses Ayefele’s radio station, Fresh FM, Ibadan was demolished despite the fact that Ayefele had instituted an action in court to restrain Oyo State Government from carrying out the said demolition. Read here

But the building was eventually demolished in the early hours of Sunday even though the case was adjourned to Monday for hearing of the motion for Injunction.

The building which Ayefele claimed was worth about 800 million Naira was demolished around 6 am this morning.

It would be recalled that the state had issued a demolition notice to the owner, claiming that some part of the building was not approved. But, Ayefele while reacting said the construction of the Music House followed due process.