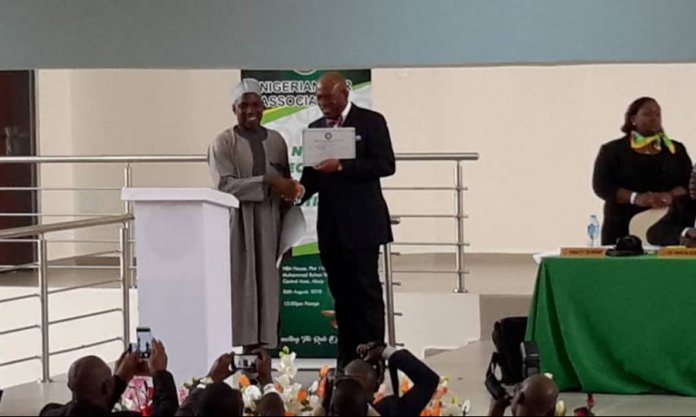 Paul Usoro SAN the winner of the 2018  Nigerian Bar Association (NBA) Presidential Election has received his certificate of return from the Chairman of the Election Committee of the NBA (ECNBA) Prof. Auwal Yadudu.

The certificate of return was issued to Mr. Usoro after the National Executive Council (NEC) meeting unanimously ratified the timing of the elections. the ratification became necessary in view of the provision of the NBA 2015 constitution which stipulated the time frame within which the General Elections may be held in an election year.

With the ratification at the NEC today, any seeming irregularities with regards to the date of the election has been cured.

Mr. Usoro SAN will become the 29th President of the NBA after his swearing in on Friday 31st August, 2018.

Others who would be sworn are:

Nigerian Lawyers Must Take the Lead