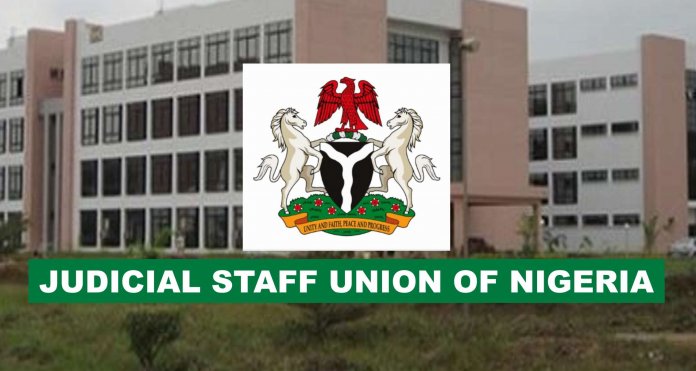 Bauchi state Judicial Staff Union, JSU, has threatened to down tools after expiration of the 21-day ultimatum given to the government to restore cut salaries.

The chairman, Comrade Adamu B. Ahmed, Esq, issued the warning in a letter addressed to the Head of Service dated 30 May, 2018 in Bauchi.

” Our demand is to ensure our cut allowances are reversed within 21 days, after which the Union will be compelled to take further action on this matter,” said Ahmed.

The Union added that it had earlier communicated to the government the danger of salary cut of judicial staff after verification exercise.

The chairman stressed that it will not be intimidated to protect its members’ interest against any illegal deductions.

Reports show that the salary cut is a peculiar issue among categories of workers across all ministries, department and agencies in the state.

Some workers who complained under the condition of anonymity expressed shock over the salary cut especially at Ramadan, saying the action is insensitive.

Speaking to newsmen on behalf of the government, the Head of Service, Dr Liman Bello confirmed the cut in workers’ salary.

He added that the government’s action was a palliative measure to provide social amenities to citizenry through the funds released from the salary cut.