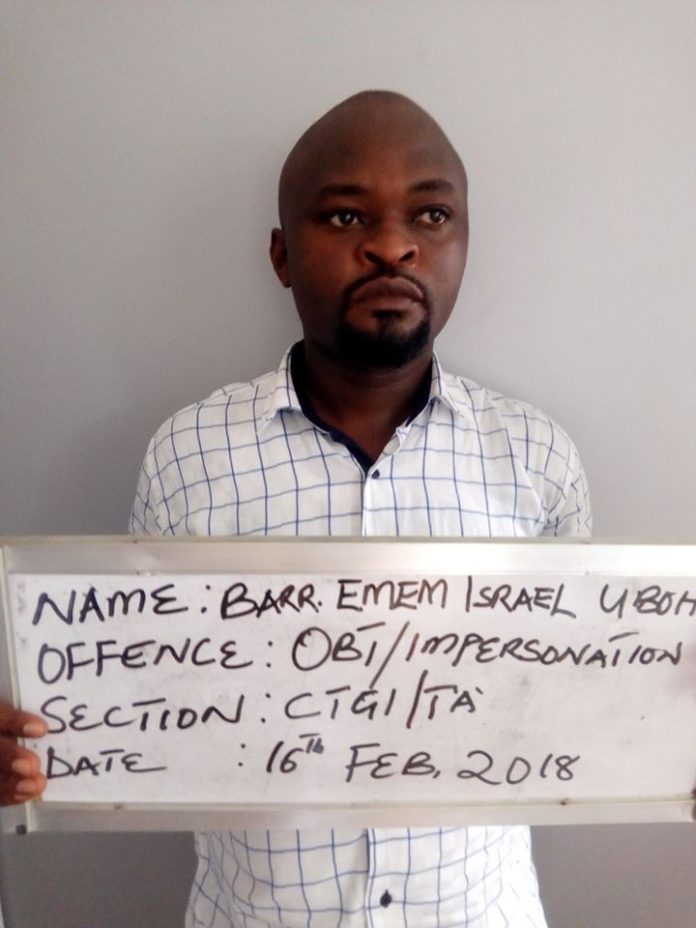 He is an award winning youth ambassador, who allegedly scammed a woman while posing as a lawyer! incredible.

The Economic and Financial Crimes Commission, EFCC on Friday February 16, 2018, arrested Emem Isreal Uboh over allegations of N1.5 million fraud. Uboh has also been parading himself as a Barrister without any certificate to show for his claim.
Following his arrest, a search was conducted in his apartment which yielded the recovery of several documents including letters of award of contracts were he was addressed as barrister.
Upon interrogation, the suspect said he only studied law at a Diploma level without the award of a certificate; he nevertheless printed and brandishes documents suggesting that he is a solicitor and attorney.
Some of the documents retrieved from him which had the title of Barrister are: his company name (BARRGEORGE Nigeria LTD.), his email address (barrgeorge51@gmail.com) and his account opening documents at his bank.
Uboh’s waterloo followed a petition from one Bridget Bassey, who reported that in March 2017, she paid the sum of N1,540, 000 (One Million, Five Hundred and Forty Thousand Naira) only to trade in Bitcoin, and was billed to earn over N2m, but never got the capital she invested, nor the promised profit.
According to her, all efforts to get her money back proved abortive, hence she petitioned the Commission over the activities of Uboh. Findings further showed that the petitioner was not Uboh’s only victim.
Investigation is still ongoing and the suspect will be charged to court soon.
Photos: Items recovered from his apartment: 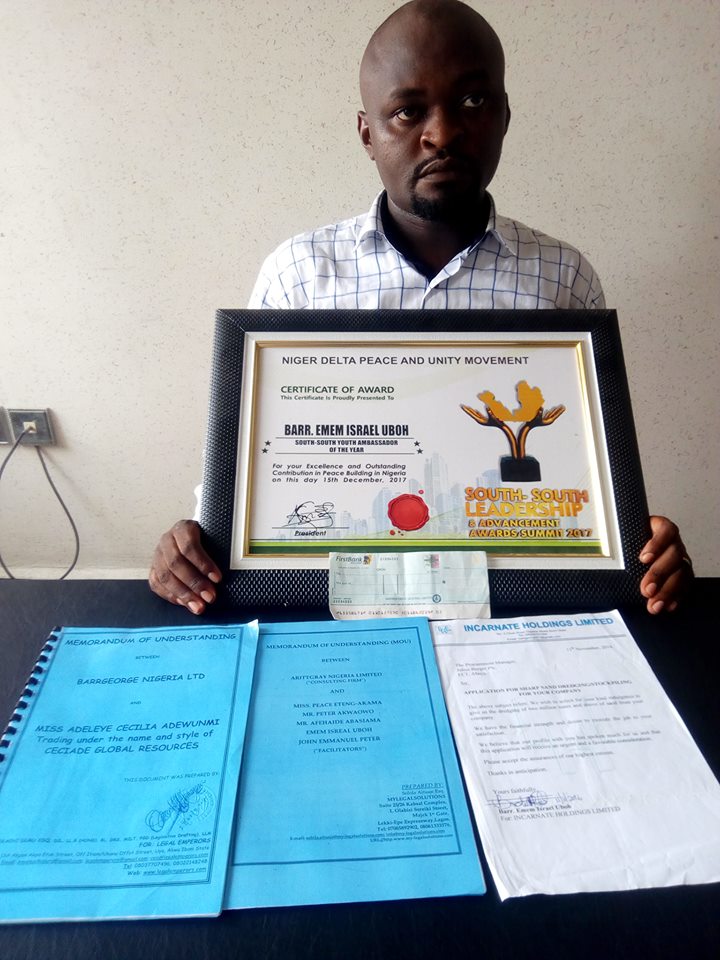 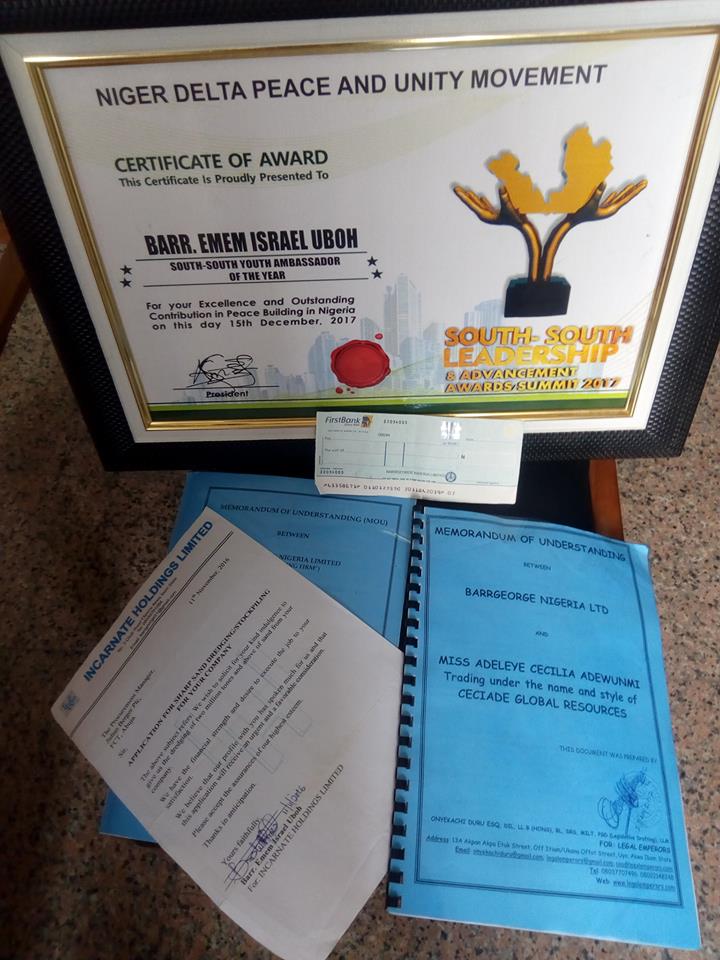 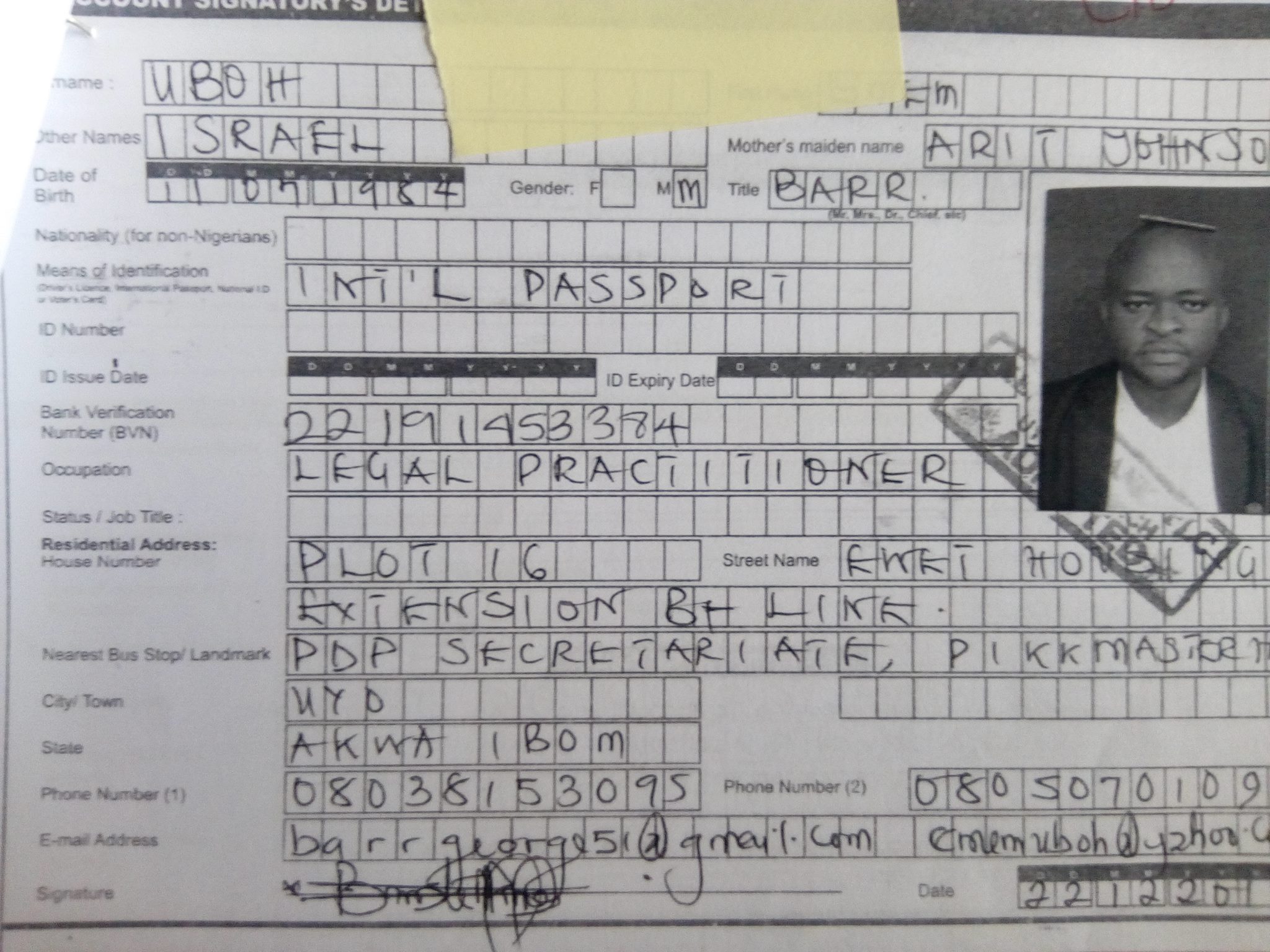