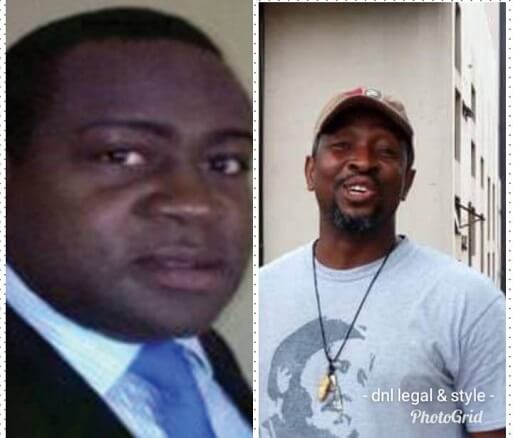 The Nigerian Bar Association, NBA Bwari Branch is currently engulfed in chaos and crisis as the two principal officers of the branch , the Chairman Mohamed Tsav and the Secretary, Felix Ashimole, Popularly known as Che Oyinatumba are in a bitter power struggle to remove each other from office.

While the remote cause of the crisis is not really clear, a member of the branch who spoke on the condition of anonymity revealed that the immediate cause of the crisis is the accusation and counter accusation by the Chairman and Secretary of the Branch against each other. while the Chairman accused the Secretary of gross dereliction of duty, the Secretary in turn accused the Chairman of misappropriation of the branch’s fund domiciled in access bank plc as well as some dictatorial tendencies.

In a WhatsApp post, the Secretary revealed that he has submitted a petition to the NBA national Secretariat against the Chairman and has gathered enough signatories of the branch members for the Chairman’s immediate removal.

He further revealed his finger stained with blood which he claimed was an injury inflicted on him by Mr Tsav. In his petition to the NBA national Secretariat, he appealed to the NBA General Secretary to come to the rescue of the branch to avoid ” bloodshed” and “death” as he accused the Chairman of dictatorship and arbitrariness.

The Secretary further revealed that the Chairman brought in armed policemen to harass lawyers during the NBA meeting. He further shared pictures of policemen at the meeting venue.

In another bizarre move, the Secretary shared an audio recording of the Executive committee meeting of the branch where the Chairman was heard  shouting at the top his voice to other executive members.

Another member who spoke to our correspondent on the condition of anonymity revealed that the remote cause of the crisis is that the Chairman and the Secretary are supporting different Presidential aspirant in the Association’s national election billed to take place in July. He believes that after the election, the crisis will naturally die off.

Below are pictures shared by the Secretary. Notice of motion to remove the Chairman by the Secretary