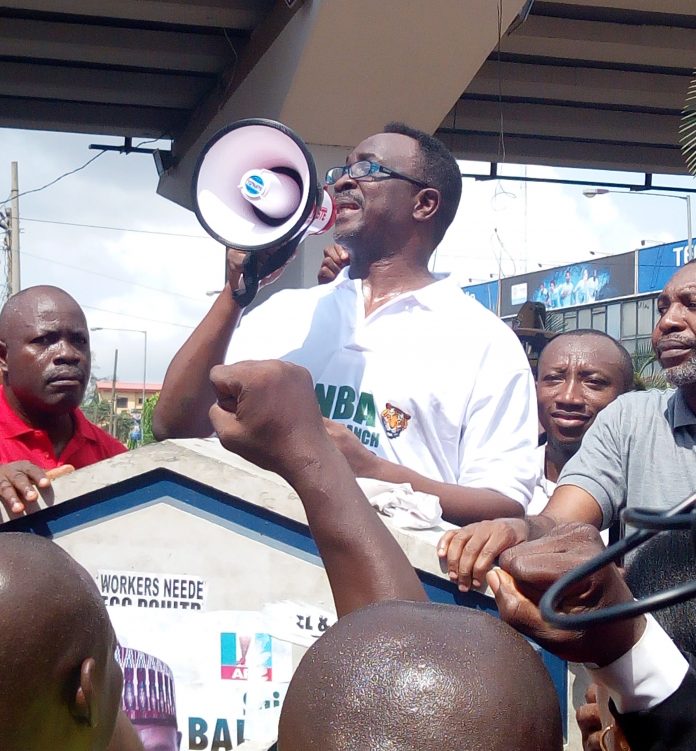 The Nigerian Bar Association, NBA, Ikeja Branch today commenced the much talked about protest against the reviewed Land Use Charge Law in Lagos State.

The NBA chairman, Mr. Adesina Ogunlana, lead members of the branch and others in the protest despite speculations that the protest may not hold.

The branch Chairman had taken to his Facebook page yesterday to assure that the protest would hold as planned.

Our correspondent gathered that attempt by the Lagos Police boss to stop the protest failed.

However, the Police later agreed to provide security cover.

Attorney General and Commissioner for Justice, Adeniji Kazeem’s, attempt to persuade his colleagues at the bar to shelve the protest also failed.

Addressing the protesters this morning, Ogulana urged them to be peaceful and focus on the objective of the strike, which, he said, “is a clear no to oppressive tax regime”.

The protest is ongoing.