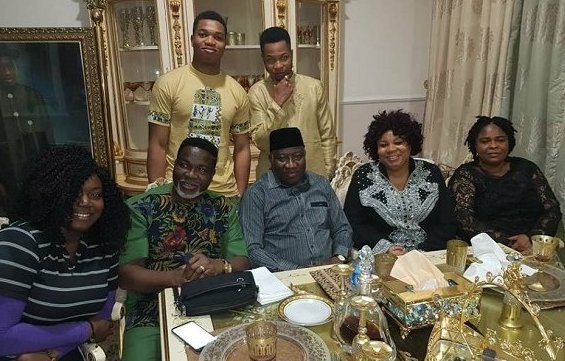 Chief Mike Ozekhome SAN, OFR  and his wife Lady Josephine Ozekhome and some of their children were hosted to a lavished dinner by the Former President of the Federal Republic of Nigeria, Dr. Goodluck Ebele Jonathan, GCFR.