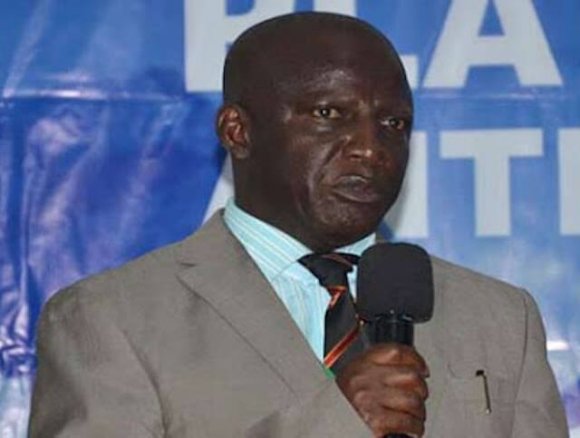 The Chief Judge of Plateau State, Justice Yakubu Dakwak, has tasked the new executive of the Jos branch of the Nigerian Bar Association (NBA) to ensure that the Bar is united, and that the welfare of young lawyers is given a priority.

Justice Dakwak gave the charge Thursday when he sworn in the newly elected executive members of the NBA, Jos Branch, noting that a people united will always surmount their challenges to achieve their goals.

While commending the immediate past executive, Dakwak said: “During their tenure, the Bar was very active, they added value to the association and upheld the ethics of the profession.”

In an interview with journalists, the former chairman of the association, Chief Raph Monye, said his tenure witnessed the digitalisation of the Bar and also an improved welfare for lawyers, adding that he was proud that his administration witnessed a very united Bar.

Monye however noted that his most challenging moment as the chairman was when judges were being harassed and verbally assaulted across the country by men of the Department of Security Services (DSS).

He added that though no judge was indicted in Plateau State, he was always on the road for one meeting or the other.

He thanked members for conducting themselves peacefully during the election that produced the new executive.

Also addressing journalists, the new Chairman, Chief Boniface Ngyo, said he was committed to building a Bar Centre in Jos before the end of his tenure, lamenting that the Jos NBA being one of the most vibrant branches shouldn’t be without a Bar Centre.

He said the welfare of lawyers will be taken seriously, adding that he was going to liaise with the National Health Insurance Scheme (NHIS) to seek for affordable medical treatment for sick members.

He vowed that young lawyers would not be left stranded to wander about the streets without proper integration.

“I will be discussing with older colleagues to ensure that these ones just leaving the Law School are brought close and integrated; a situation where lawyers on NYSC will be stranded and be looking for traders to just sign their monthly clearance to enable them get their monthly allowances must stop,” he said.

The NBA Hierarchy – Vice Presidents and Their Ceremonial Titles