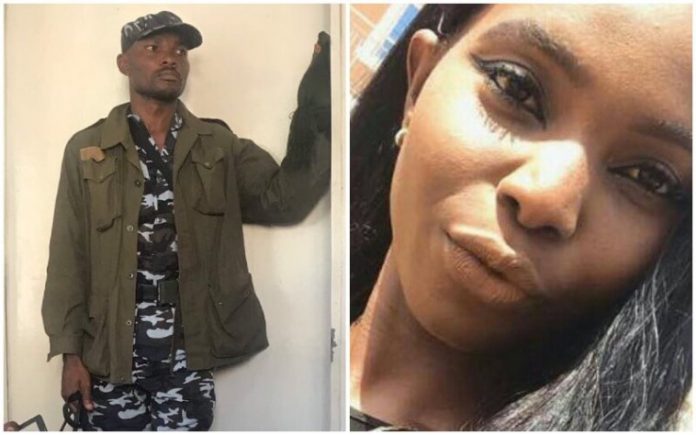 A policeman, Inspector Benjamin Peters, who killed a corps member, Angela Igwetu, in Abuja on Wednesday has been dismissed from the Force and arraigned in court over the incident.

The Commissioner of Police in charge of the Federal Capital Territory, Sadiq Bello, told journalists in Abuja on Friday that the errant cop is “on remand awaiting commencement of trial.”

He said that Peters should not have shot at the car, adding that his claim that the girl was shouting for help was not sufficient ground to fire his weapon.

Bello explained that the two males in the car with the deceased told detectives that they were coming from a joint and that Igwetu stood up and brought out her head through the sunroof while having fun, stressing that she was not in any danger.

He said, “Police have taken necessary measures; the policeman that opened fire has been arrested, necessary disciplinary procedures have been concluded.

“He has been dismissed from the Force and arraigned before a court of competent jurisdiction and he is currently on remand awaiting commencement of trial.”

He appealed to residents for calm and assured the family of the deceased that justice will be done in the matter.

The CP stated that the Nigeria Police did not condone acts of irresponsibility or outright criminality from its officers and men, noting that they have always been admonished to be civil and professional in the discharge of their duties.

“Furthermore, I wish to reassure residents of FCT that they should go about their lawful businesses without fear of molestation or harassment, their peace and security is guaranteed at all times,” he said.